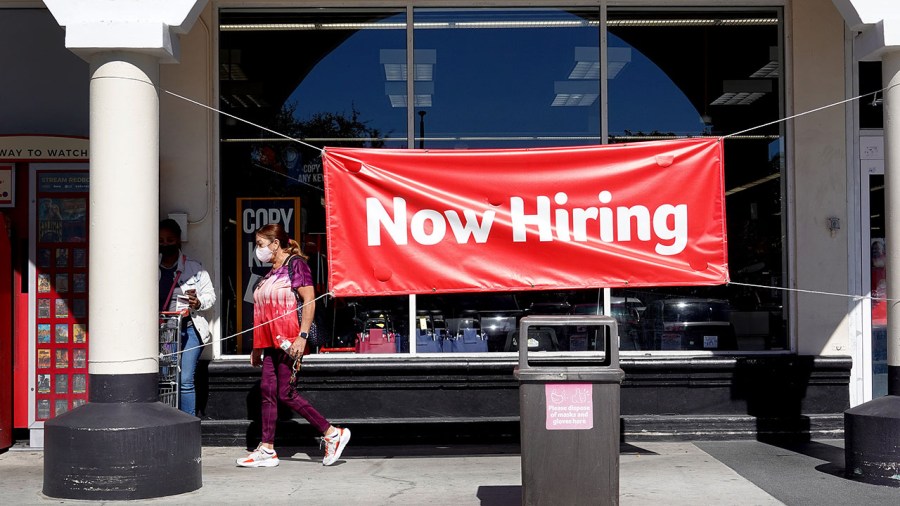 (The Hill) – Two years after the onset of the coronavirus pandemic caused a round of mass layoffs not seen since the Great Depression, ten states have now set record-low unemployment rates as businesses scramble to hire new workers.

A new report from the Bureau of Labor Statistics shows Nebraska and Utah boasted the lowest unemployment rates in the nation in January, at just 2.2% each. In Indiana, the unemployment rate stands at 2.4%, while in Kansas, it sits at 2.6%.

Forty-nine states and the District of Columbia have seen statistically significant changes in unemployment rates over the last year, all in a positive direction.

In the last year, Nevada’s unemployment rate has dropped an incredible 5 percentage points, from 10.2% to 5.2% as the number of Americans flocking back to America’s gambling mecca has helped set new gaming records. The unemployment rates in Hawaii and New York, two other states hit hard by the pandemic, rebounded more than 3 percentage points each.

Several others, including Kansas, Illinois, Florida, Mississippi, South Carolina, Washington and Wyoming, are poised to surpass their pre-pandemic employment totals in the coming months. Those states have just a few thousand jobs less today than they did during the pandemic.


Prices of goods jumped a record 2.4% in February

The nation’s capital has the highest unemployment rate in the country, according to the BLS data. The agency said Washington’s unemployment rate, which historically tracks higher than the national average, stands at 6.3%.

The coronavirus pandemic delivered a terrible jolt to the national economy as businesses shuttered or laid off workers. BLS historical data shows 44 states reached their highest level of recorded unemployment ever in April or May of 2020.

What we know (and don’t know) about the arrest of US Olympic champion Brittney Griner in Russia – Boston News, Weather, Sports

Paul McCartney to perform in Massachusetts

Breakthrough infections rising due to delta variant, but…

Food for Thought: Reducing your risk for cancer with diet…

Sunday In Cajon Pass. A Train Spotting Paradise! One Video 3…

Officials meet to discuss current state and future of…