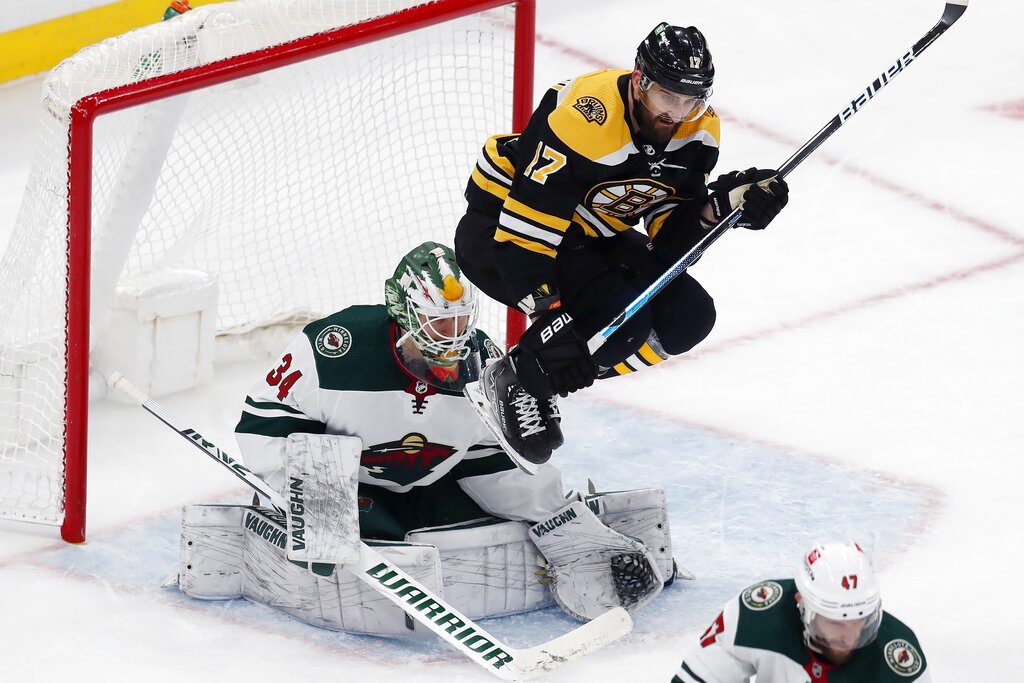 It really appears to be anybody’s game heading into the Stanly Cup playoffs.

This year’s bracket is littered with at least a dozen team’s that could make a valid argument why they should conceivably walk away with Lord Stanley’s Cup.

Here’s a quick look at the first round match-ups, and beyond.

Claude Giroux provides Florida the final piece to the puzzle, complementing an already talented cast of forwards that include 100-point guy Jonathan Huberdeau, and the always dangerous Alesander Barkov. If goalie Sergei Boborovsky remains focused, a spot in the final four should be eminent

Four years removed from its championship run, Washington still sports plenty of the same identity, but with a banged-up Alexander Ovechkin, they enter the playoffs with a sizable limp.

Bolstered by the league’s best goalie (Andrei Vasilevskiy), best defenseman (Vicktor Hedman) and arguably the best forward (Nikita Kucherov and/or Steven Stamkos), not to mention a veteran heavy club with a track record of success, the two-time defending Stanley Cup Champion Bolts should be the heavy favorites to threepeat, until proven otherwise.

Sure, the Carolina Hurricanes have had the Bruins number all season, but Boston is a different team heading into postseason play. Breaking up the ‘Perfection line’ (or as I’ve called them, the ‘All Eggs in One Basket line’) of Brad Marchand, Patrice Bergeron and David Pastrnak, has given this team the kind of depth up front not seen since the Obama administration.

However, Boston’s tendency to surrender late goals in the final minute, which has happened 20 times over the course of the regular season, may be the deciding factor in at least a couple of these contests. That’s something Cane’s snipers Andrei Svechnikov and Sebastian Aho would certainly like to exploit. And don’t write off often-injured netminder Antti Raanta, who I can’t help but think will loom large here.

The biggest difference here is in the goal crease. Igor Shesterkin will emerge from the shadow of Henrik Lundqvist cutting out his own unique niche when the puck drops.

Still, Nashville has the personnel to potentially pull off an upset. Filip Forsberg and Matt Duchene are fresh off a pair of 40 goal seasons. Ryan Johansen gives the team second line depth up the middle, and defenseman Roman Josi is a beast of a blueliner. If goalie Juuse Saros is healthy, its hard to bet against Smashville.

St. Louis still has a grizzled cast of veterans not far removed from its Stanley Cup run three years ago. And with the added firepower of Pavel Buchnevich should have enough to outlast the Wild.

Fueled by three 40 goal guys on the top line including Johnny Gaudreau, Matthew Tkachuk and Elias Lindholm, Calgary has the type of firepower most teams crave. Add in a veteran heavy cast of forwards and a young puck-moving defense, Calgary has the makings of a playoff monster. The biggest question mark remains in goal with Jakob Markstrom and Bruins castoff Daniel Vladar competing for ice time.

A playoff favorite of mine for the past decade, Dallas remains an intriguing underdog option, especially since Tyler Seguin and Jamie Benn have yet to play their best hockey this season. But injuries in the goal have thrust unproven netminder Jake Oettinger into starter circulation, putting all of that into question.

The whole world is watching and waiting for Connor McDavid and Leon Draisital to lead Edmonton to the next round. This should be the year, right?

I love Anze Kopitar. That said Los Angeles is probably the longest of longshots this playoff season with no Drew Doughty on defense, and an ever-graying Jonathan Quick in the goal… Now watch the Kings make it to the finals.

Again, Tampa is still the best until proven otherwise.

Matthew Tkachuk dominates in the Battle for Alberta.

Johnny Hockey not only captures the Cup, but cashes in on UFA free agency signing monster deal with team to be determined.

Fire inside paper truck in Springfield

It Has Just Begun! Ron Paul Explodes ‘The Mass Rebellion Is…

Mostly clear and chilly tonight. Moderating trend for the…

EAS Scenario 1: It came from Massachusetts

Holyoke schools give out 10,000 COVID testing kits to…

Brisk and breezy to finish the weekend as cool air settles…