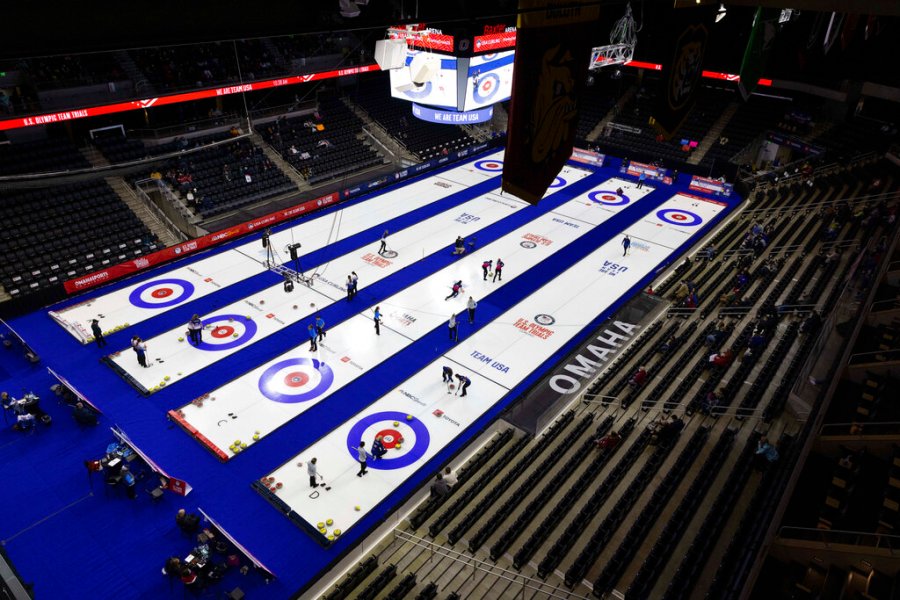 OMAHA, Neb. — The best curling teams in the United States are in Omaha, Nebraska this weekend competing to represent the country in the 2022 Beijing Winter Olympics.

The Baxter Arena in the city hosted the 2017 curling trials, and the city wants to expand on what it brought in for revenue back then.

“In ’17 we were at a $2 million impact for the curling trials, and this year we should double that at least,” said Josh Todd, the executive director of the Omaha Sports Commission. “More teams, more fans and more people wanting to get out and see the sport for the first time.”

Local businesses in the area have noticed an impact of the increase in foot traffic this time of year. Baxter Arena sits right next to Aksarben Village, which has restaurants, bars and shops.

“From the very beginning and people in all sorts they are coming in groups of 10-, 12-, 15-deep sometimes,” said Oz Fernandez, the general manager of Kinkaider Brewing Co. “And they are all going to the Olympic trials.”

Fernandez said that his company has been open for only four weeks and that the trials have helped get him off on the right foot.

Fans traveled from around the country to come and see the athletes compete, as well as residents of the host city who have grown a passion for the sport.

“It was on my wife’s bucket list,” said Vincent Stallbaumer, a fan from Omaha. “And since they were in town, we decided to go ahead. She bought tickets for all week, so we have been here all week now.”

A lot of the big groups coming to Omaha are members of curling clubs that are coming to cheer on their own as they compete over the weekend.

“We drove late at night Wednesday just to see the finals and the last couple of games because we had to work,” said Angie Kotey, a fan from Madison, Wisconsin. “A lot of our friends are here all week and we are excited to join the action.”

The finals take place on Friday, Saturday and Sunday, if needed, to settle who will represent the U.S. in Beijing. Until then, businesses will reap the rewards of tourism dollars in the city.

Officers warn against leaving pets in cars due to freezing…

Amherst is the first town in MA to approve reparations fund…

Exposed to COVID-19? What experts say you should do next

Which masks work the best against omicron variant?