AIC men’s hockey team to be honored by Thunderbirds 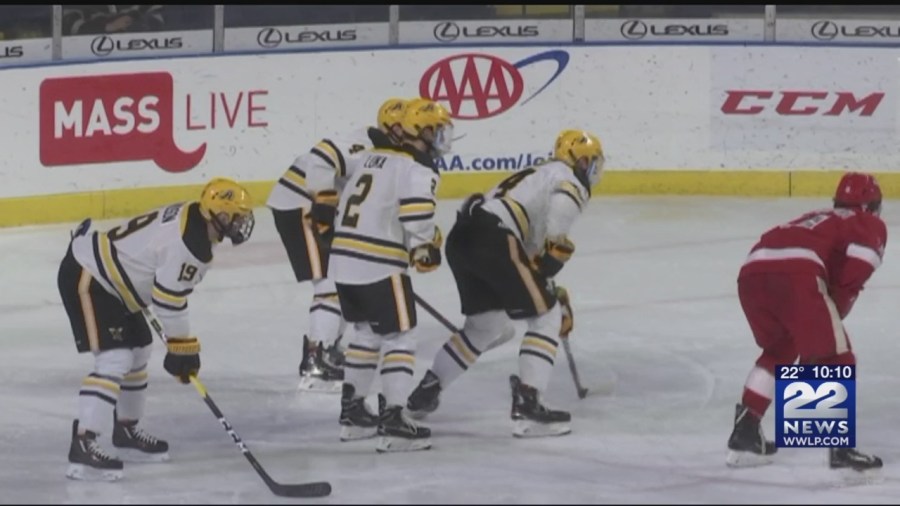 The AIC Yellow Jackets had a championship season, winning the 2021-2022 Atlantic Hockey Conference Championship and making it to the 2022 NCAA Regionals.

During intermission between the first and second period, the AIC team will go to center ice and be recognized by the Thunderbirds for their achievements.

The Thunderbirds play the Wilkes-Barre/ Scranton Penguins Saturday night, April 23, with puck drop at 6:05pm. Fans are also invited to a pre-game block party on Market Street, across from the arena.

Fire And Ice Restaurant – Round 1 – Boston,…

IT HAS JUST BEGUN! RON PAUL EXPLODES ‘THE MASS REBELLION IS…

Corals, Fish, and Energy in Maryland – Watts the connection?

Warm and breezy Saturday with rain and storms rolling in…