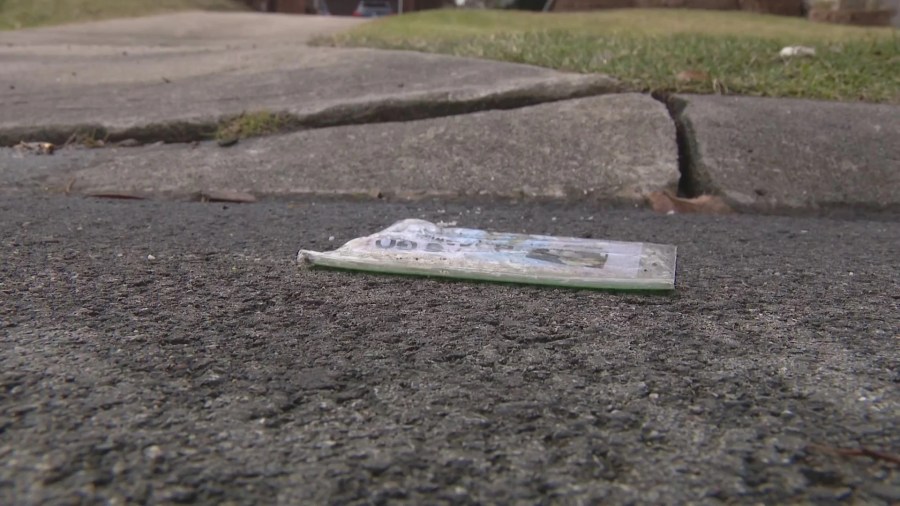 (NEXSTAR) – Throughout the COVID-19 pandemic, cases of racist, antisemitic, and other hateful messages reported in the U.S. have spiked, with over 4,850 reported in 2021 alone. While down from the 5,125 incidents reported in 2020, it’s nearly double the cases reported in 2019, according to a recent report from the Anti-Defamation League.

Over 350 of 2021’s incidents included overt antisemitic language or specifically targeted Jewish institutions, a 27% increase since 2020.

Communities from California and Oregon to Florida and North Carolina have seen an influx of antisemitic flyers in recent weeks in what appears to be a loosely coordinated campaign.

A man who discovered one of the fliers while jogging in a Columbus, Ga., told Nexstar’s WRBL, “I’m still a bit rattled by this surprising discovery. I thought our society had moved beyond such racist and anti-Semitic tropes. Apparently not.”

The flyers found in Columbus outline Jewish members of the Biden administration, with a note at the bottom reading “These flyers were distributed randomly without malicious intent.” In Pasadena, Beverly Hills, and Greensboro, N.C., the flyers were focused on the White House COVID-19 response team.

Antisemitic posters were found in Colleyville, Texas, just over a month after a rabbi and four congregants were held hostage at a synagogue in the city.

Similiar flyers have also been found in Denver, Vancouver, Ormond Beach, Fla., and Park Ridge, Ill since the start of the new year. In almost every case, the leaflets were in plastic bags weighed down with pebbles.

In 2021, the Anti-Defamation League’s Center on Extremism noted a rise in the distribution of antisemitic propaganda, the center’s associate director Carla Hill tells Nexstar. That trend has continued into 2022.


How bad was your winter? NOAA releases maps comparing every state

“We did notice an increase in propaganda activity in December,” Hill says while attributing the increase to “a loose network of antisemites and white supremacists connected by their virulent antisemitism.”

According to Hill, the group is most active in Florida, California, Colorado, and Texas.

While local authorities and elected officials have spoken out against the flyers in every case, Hill says propaganda distribution is often considered a First Amendment right.

In California, for example, the Attorney General’s website says “the U.S. Constitution allows hate speech as long as it does not interfere with the civil rights of others. While these acts are certainly hurtful, they do not rise to the level of criminal violations and thus may not be prosecuted.”

Denver Police tell Nexstar’s KDVR their bias-motivated crime unit is investigating the flyers. In Georgia, anyone found guilty of a hate crime can face jail time and a fine.

If you find this type of propaganda, you are encouraged to report it to law enforcement. The ADL also has an online form in which you can record your experience.

What time does daylight saving start?

Global snow events from Turkey to the USA

Six people honored for rescuing passengers of fiery crash in…

Preparing for snow supplies ahead of nor’easter

Man charged after spray-painting graffiti under I-91 bridge

Man hospitalized after overnight fire on Trafton Road in…