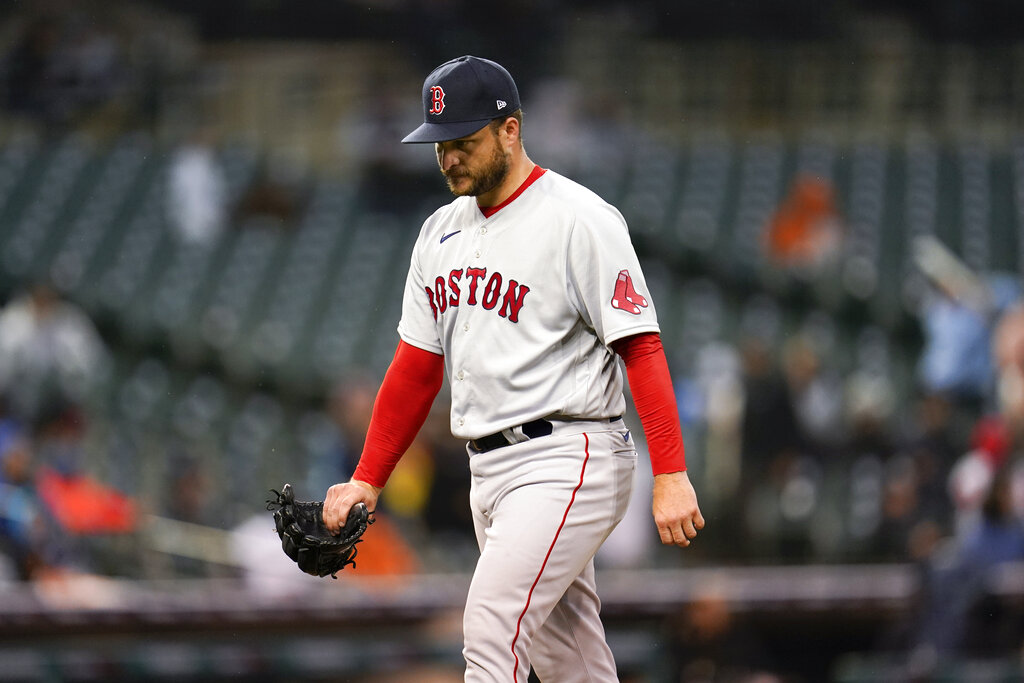 DETROIT — Javier Báez hit a tiebreaking two-run homer in the eighth inning and the Detroit Tigers held on to beat the Boston Red Sox 3-1 Monday night.

Baez sent a 396-foot shot to left off Ryan Brasier that scored Austin Meadows, bringing home two players who are part of a new-look team that is hoping to contend.

Michael Fulmer (1-0) pitched the eighth and Gregory Soto closed the game for Detroit’s first save of the season.

Austin Davis (0-1) took the loss after giving up one run and two hits in one inning.

Boston led by multiple runs in each of its first three games against the New York Yankees, but didn’t win until Sunday when Bobby Dalbec hit a tiebreaking solo homer in the sixth inning

The Tigers were behind by two-plus runs in all three games against the Chicago White Sox, and rallied only in the opener on Báez RBI single in the ninth that scored Matthews in their Detroit debut.

The Tigers flipped the script against the Red Sox by taking a 1-0 lead in the first inning on Miguel Cabrera’s sacrifice, but didn’t generate much more offense until late in the game.

Detroit’s Matt Manning was perfect through four innings, before J.D. Martinez led off the fifth with a solo homer to pull Boston into a 1-all tie.

Manning, the No. 9 overall pick in 2016, gave up only Martinez’s solo homer over six innings. Alex Lange and Fulmer each gave up a hit in one inning of scoreless relief. Soto, too, allowed only one hit.

In his Red Sox debut, Michael Wacha got off to a shaky start before shutting Detroit down. Wacha loaded the bases in the first with one out on Meadows’ single and two walks, but got out of the jam by giving up only one run on Cabrera’s sacrifice fly.

Cabrera doubled in the sixth, giving him 2,990 hits and 1,117 extra-base hits, pulling him into a 19th-place tie with Hall of Famers Ted Williams and Jimmie Foxx. Hall of Famer George Brett (1,119) and Manny Ramírez (1,122) are the next two on the all-time extra-base hit list.

Later in the game, Cabrera singled to pull within nine hits of the 3,000th of his career.

Red Sox: Trevor Story missed his second straight game with flu-like symptoms. Manager Alex Cora reiterated that the team’s new $140 million 2B does not have COVID-19, adding he was traveling to Detroit with the hopes of playing Tuesday. … RHP Matt Barnes pitched one inning after being out with a tight back.

In the second game of the three-game series on Tuesday afternoon, 42-year-old LHP Rich Hill is scheduled to make the first start of his third stint with the Red Sox. Detroit plans to counter with LHP Tyler Alexander in his first outing of the season.

EXPLAINER: What are ghost guns and why is Biden taking action?

DeBrusk stays in Boston — perhaps for two more seasons, too…

Ask a travel nerd: What do oil prices mean for my summer…