Beacon Hill leaves voting reforms up in the air 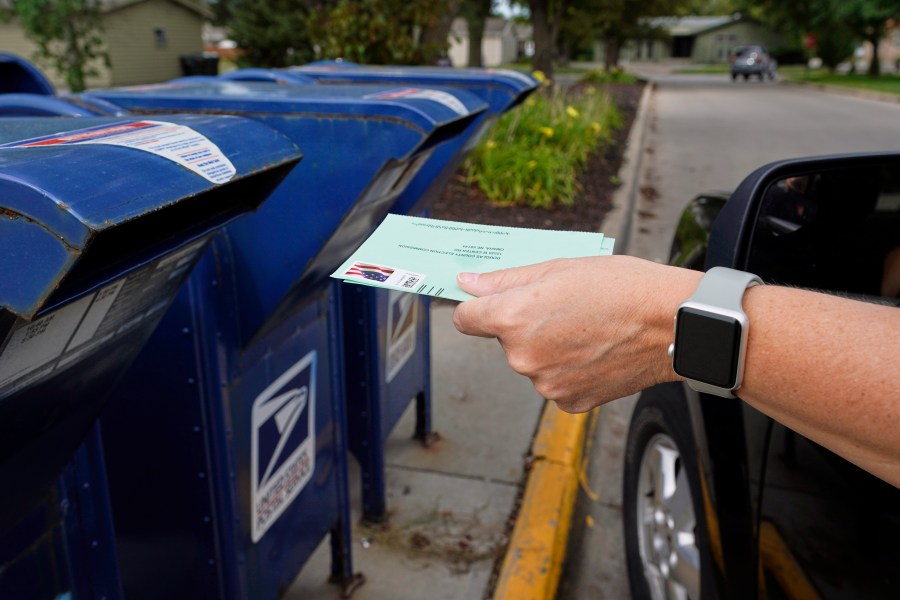 BOSTON (SHNS) – If state representatives want to avoid allowing mail-in voting and expanded early voting permission to lapse next month, they will need to find a way to secure a bipartisan agreement within the chamber, according to the House’s top elections expert.

And while House and Senate leaders agree on some core election reform proposals, there are “a lot of different moving pieces” that they have not yet ironed out, Election Laws Committee Co-chair Rep. Dan Ryan told the News Service.

Ryan said Wednesday that he did not expect action on temporary or permanent voting reforms, and the Legislature indeed adjourned its final formal lawmaking session of 2021 without tackling the issues and with the House electing not to even open up debate on the matter.

The existing policies that have been in place for most of the pandemic are set to expire Dec. 15. Although the COVID-era voting reforms have proved popular and earned the support of Republican Gov. Charlie Baker and Democrat Secretary of State William Galvin, the Legislature has been unable to find agreement and pass a bill making them permanent.

The Senate in October approved legislation known as the VOTES Act along party lines (S 2545) that would enshrine mail-in voting and expanded early voting as well as implement same-day voter registration.

In June, the House added an amendment to a supplemental budget that would have permanently authorized mail-in voting and early voting before biennial elections, but that measure was dropped in the ultimate version of the spending bill.

“There’s some details on how much, how long should we do early voting for and things like that, but we’re in agreement, we want to make it permanent. But I think with the bigger VOTES Act going on, there’s a lot of different moving pieces that we’re still not in agreement on, the two chambers,” Ryan said. “We can always just extend the voting protections that we have now into next year if we don’t get something done. On those two big pieces, we’re in agreement. It’s just getting kind of caught up in the bigger bill.”

Failing to act by Wednesday’s end of formal sessions for the year leaves the near-term fate of the reforms uncertain. Supporters of the reforms could allow the policies to lapse and attempt to revive them when formal sessions resume in January, or try to enact either an extension or a permanent authorization during informal sessions, when a single member’s objection could stall progress.

“We could try to do that, but of course, if one person decides they don’t want it to happen, then we have to go into January and think of Plan B,” Ryan said of tackling election reforms in an informal session during the holiday quiet period.

House Republicans voted against the mail-in voting budget amendment in June, at the time criticizing the process. Senate Republicans have also objected to some voting reforms.

House Minority Leader Brad Jones signaled Wednesday that his caucus may be open to another temporary extension of the COVID-19 voting policies.

“I think some people would be amenable to the idea of an extension under the same terms we’ve done it the last few,” Jones said in an interview. “I’ll talk to the members and see what the terms are and how long it’s for, what exactly the provisions are. I think there’s some concerns about what it entails and how long it’s for.”

Jabbing at Democrats who wield supermajority margins in both chambers, Jones added, “But again, they’ve got the numbers. It’s something that would have been fairly easy to get out here now.”

Representatives also rejected a same-day voter registration proposal last year, and it’s unclear if House leaders have come around to the idea — which Baker opposes — since the Senate’s action.

Voters in the First Suffolk and Middlesex District are set to select a new senator this winter following the mid-term resignation of former Sen. Joseph Boncore. The primary is scheduled for Dec. 14, one day before the end of temporary mail-in and early voting policies, and the general election is scheduled for Jan. 11.

Jones also said lawmakers still do not know the final date for the September 2022 state primary election, which could complicate the process of pulling nomination papers for some legislators.

Asked about the overall timeline for action on mail-in voting and expanded early voting reforms, Ryan replied, “To be honest, I really don’t know.”

“We’re trying to get through tonight,” he said. “I’ve been meeting with the speaker and his staff on this. We’re going to follow up first thing tomorrow. It’s not just those two pieces. We have a bunch of other home rule petitions. A bunch of cities and towns want to do election laws stuff. But a lot of what they want to do for municipal elections is also reflected in the VOTES Act, so we’re trying to take it all in.”

State: all fully-vaccinated people age 18 and up eligible for COVID-19 booster | News

Covid Truthers Claim Unvaccinated Sperm Will Be The Next…

Play area opens at Holyoke’s Community Field in memory of…

Mild air invades the valley this morning with mainly rain |…

How long do you have to wait to get test for COVID-19?

One third of hospitalized COVID-19 patients are vaccinated