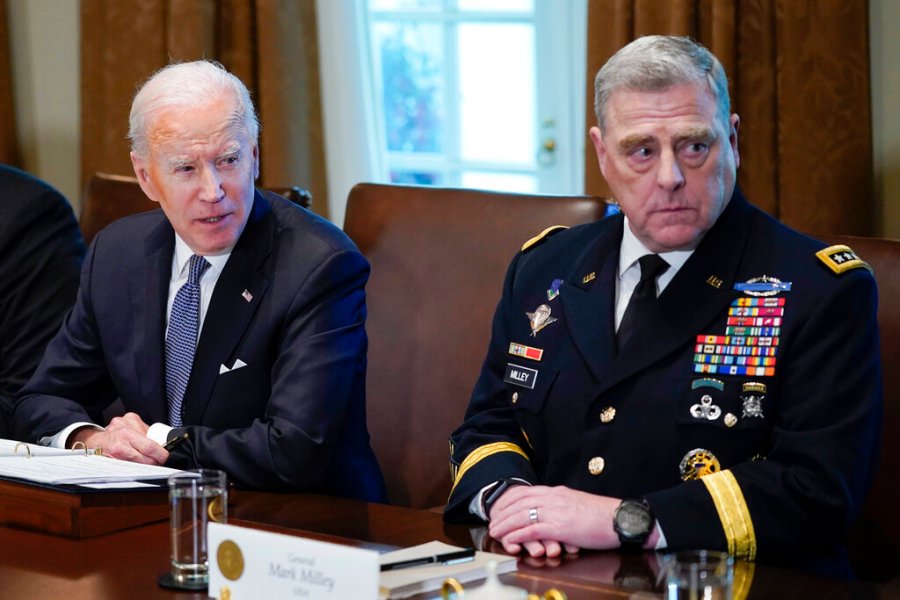 The new package is expected to be similar in size to the $800 million package Biden announced last week. It includes much-needed heavy artillery and ammunition for Ukrainian forces in the escalating battle for the Donbas region of eastern Ukraine.

Biden is set to hold remarks Thursday morning. NewsNation will live stream his remarks in the player above.


Putin tells forces not to storm stronghold in Mariupol

Biden on Wednesday lauded U.S. military officials for “exceptional” work arming Ukraine as he gathered the nation’s military brass for their first in-person group meeting at the White House of his presidency.

It’s an annual tradition that had been put on hold because of the coronavirus pandemic but is now being resurrected as the U.S. arms Ukraine to help it fight back against Russia’s invasion.

“I don’t know about you, but I’ve been to Ukraine a number of times before the war … and I knew they were tough and proud but I tell you what: They’re tougher and more proud than I thought,” Biden told military commanders. “I’m amazed at what they’re doing with your help.”

The new aid package comes as the war stretches into its second month and as Russian forces began a new full-scale offensive to take control of eastern Ukraine this week.

Russian President Vladimir Putin ordered his forces not to storm the last remaining Ukrainian stronghold in the city of Mariupol Thursday but instead to blockade it “so that not even a fly comes through.”


Ukrainian millionaire: I asked military to bomb my house

However, leaving the plant in Ukrainian hands robs the Russians of the ability to declare complete victory in Mariupol, which has seen some of the most dramatic fighting of the war and whose capture has both strategic and symbolic importance.

The United States also imposed tougher sanctions on Russia earlier this month amid its invasion of Ukraine.

This story is developing. Refresh for updates.

Tanner tees off with hole in one – Lowell Sun

How to tell if your mask is counterfeit

NSA Bethesda on lockdown due to “bomb threat”