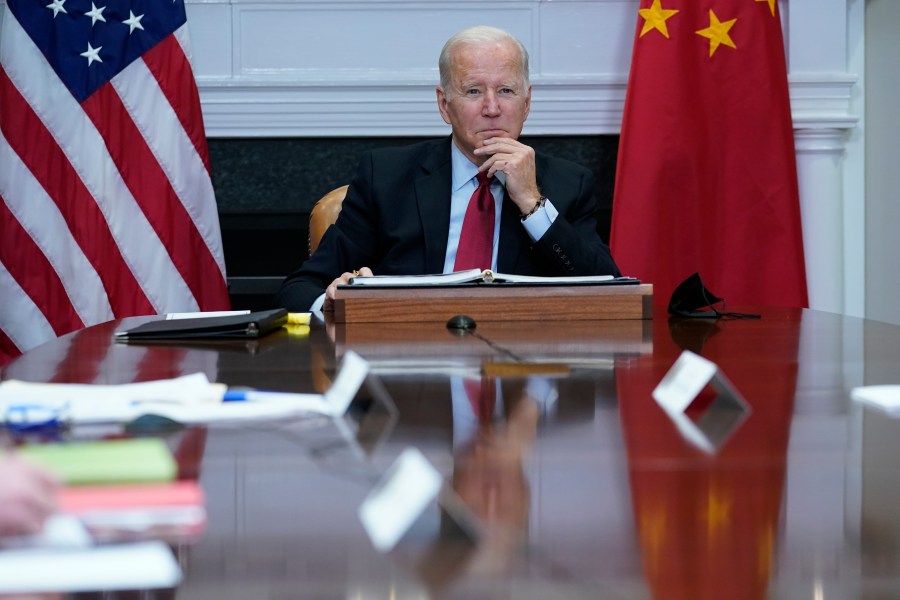 ‘Rest of the world is watching where you’re going to stand,’ White House says to world leaders

WASHINGTON (Nexstar) — As the war Russia is waging in Ukraine continues, U.S. leaders say they’re preparing for the possibility that things could get worse.

President Joe Biden also spoke with his Chinese counterpart about the conflict.

According to a readout of the call provided by the White House, Biden told China’s President Xi Jinping that his country would face consequences if it provides support to Russia for its attack on Ukraine.

“What we would project or convey to any leader around the world is that the rest of the world is watching where you’re going to stand as it relates to this conflict,” said White House Press Secretary Jen Psaki.

The White House says President Biden also emphasized China should not follow in Russia’s footsteps with any aggression toward Taiwan.

According to a senior defense official, Russia has launched more than 1,000 missiles into Ukraine since the conflict began.

U.S. Ambassador to the U.N. Linda Thomas-Greenfield says there are concerns the attack could get even worse.

“We continue to believe it is possible that Russia may be planning to use chemical or biological agents against the Ukrainian people,” Thomas-Greenfield said.

Military officials, like Secretary of Defense Lloyd Austin, say U.S. and NATO forces are committed to maintaining a high level of readiness in Europe.

A bipartisan group of senators will be in Poland this weekend to meet with refugees, NATO allies and troops.

Every Year this Small Island Town gets INVADED!! #nightlife…

Live From The GreenHouse – Blackberry Seed to Harvest…

A Fall Feel On This First Weekend of Fall! | Weather