Boston Marathon on Patriots’ Day brings normalcy back to Massachusetts 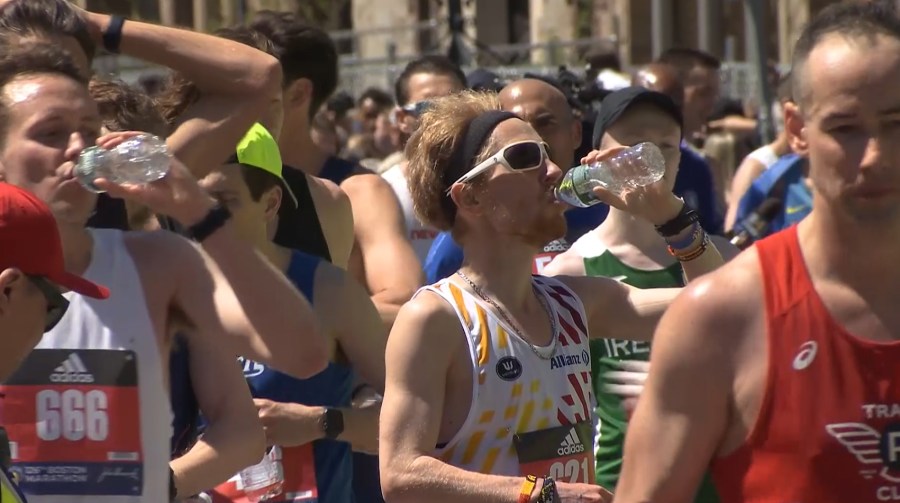 BOSTON (WWLP) – Monday was the 126th running of the Boston Marathon and the first since the start of the pandemic to be back to its traditional Patriots’ Day spot on the calendar.

Everyone crossing the finish line on Boylston St. were tired but they’re still smiling because they just completed 26.2 miles. The race started around 9 a.m. Monday morning in Hopkington. The men’s wheel chair division kicked things off followed by the elite men’s and elite women’s division.

Runners from all 50 states participated in the race this year and thousand of runners came in from over 100 countries. This is the first time since 2019 that the race is being held on Patriots’ Day and runners were thrilled to see this historic event return to normal.

“First Boston, first major, it’s crowds the whole way, the atmosphere is just absolutely electric, it’s fascinating to run through town after town after town, it’s a good way to sight see around here too,” said one runner.

Prior to the race, the Boston Athletic Association took a clear stance in the Russian Ukrainian conflict by banning runners from Russia or Beleruse. Along the course, Ukrainian flags were hung to show support for Ukrainian athlete’s and their families back home.

“All my people in Ukraine, they’re still there. It’s really tough, it’s difficult, but you know we all hope this war is going to end soon,” said Ukrainian resident Dmytro Milchanov.

“The weather was great! It was a little windy towards the end. We got a great day in Boston so I’m so thankful and the energy was amazing, it was just awesome,” said Diane Newdower of Idaho.

Public safety is at the top of everyone’s mind, so additional police officers have been patrolling the course all day long. Families have been meeting with their loved ones in the Boston Common to celebrate this amazing achievement.

The winner of the Elite Men’s division was Evans Chebet with a time of two hours and six minutes.

Join me as I'm LIVE on the Radio in the USA!

Central Street reopens to traffic after water main break in…

Fan critically injured while reaching for free t-shirts at…

Thanksgiving is the #1 day for residential fires: Fire…