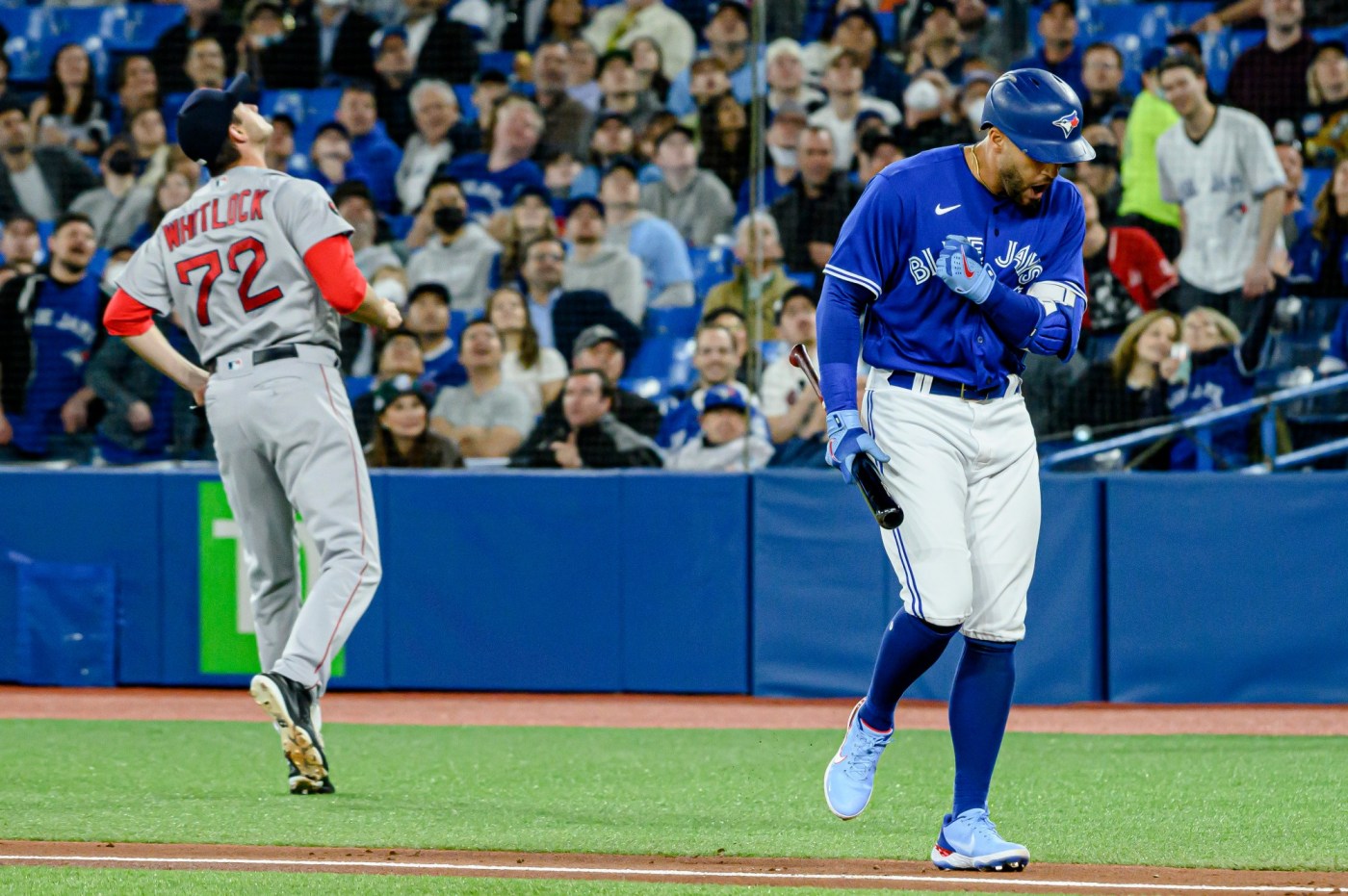 The 24-year-old Manoah (4-0) walked only one batter as the Blue Jays took three of four from their AL East rival.

Manoah, in his second season, won his eighth in a row dating to last year. The Blue Jays have gone 20-4 in his 24 career starts.

The Blue Jays’ lone run was unearned off starter Garrett Whitlock (1-1) in the third inning. Lourdes Gurriell Jr. reached on a one-out error to Red Sox shortstop Christian Arroyo, moved to second after a walk to Raimel Tapia and scored on Alejandro Kirk’s two-out single.

After yielding a one-out single to Alex Verdugo in the first inning, Manoah retired 12 batters in a row before Arroyo’s single in the fifth.

A leadoff double down the right-field line from Kiké Hernandez was snuffed out in the seventh inning. After a sacrifice bunt from Jackie Bradley Jr., Manoah got Arroyo on a lineout to shortstop and Bobby Dalbec to foul out near the Red Sox dugout.

Adam Cimber took over for Manoah with a 1-2-3 eighth, and Toronto closer Jordan Romano finished off Boston in the ninth for his ninth save.

Xander Bogaerts, the MLB hits leader with 29, did not start after his four-hit game on Wednesday. Instead, he pinch-hit but meekly grounded out to Cimber in the eighth.

Kirk went 2 for 4 in the matinee to extend his streak without a strikeout to 41 consecutive at-bats, the longest active streak in MLB. The catcher has 13 hits, eight walks and only four strikeouts in 17 games.

Blue Jays: Vladimir Guerrero Jr. missed his first game of the season with a sore right foot. He fouled a pitch off his foot in Wednesday’s game, but an X-ray taken was negative.

22News to receive Dream Maker award from Girls Inc. of the Valley

Diddy Punches 50 Cent for Saying that He is Gay after…

Study: mild case of COVID-19 can lead to increased…

Air Canada to resume service out of Bradley International…

Moving To Atlanta?/What You Need To Know Before You Move To…

Wilmington Board of Selectmen Meeting – April 25, 2022

Poker returns to MGM Springfield after being closed for 18…