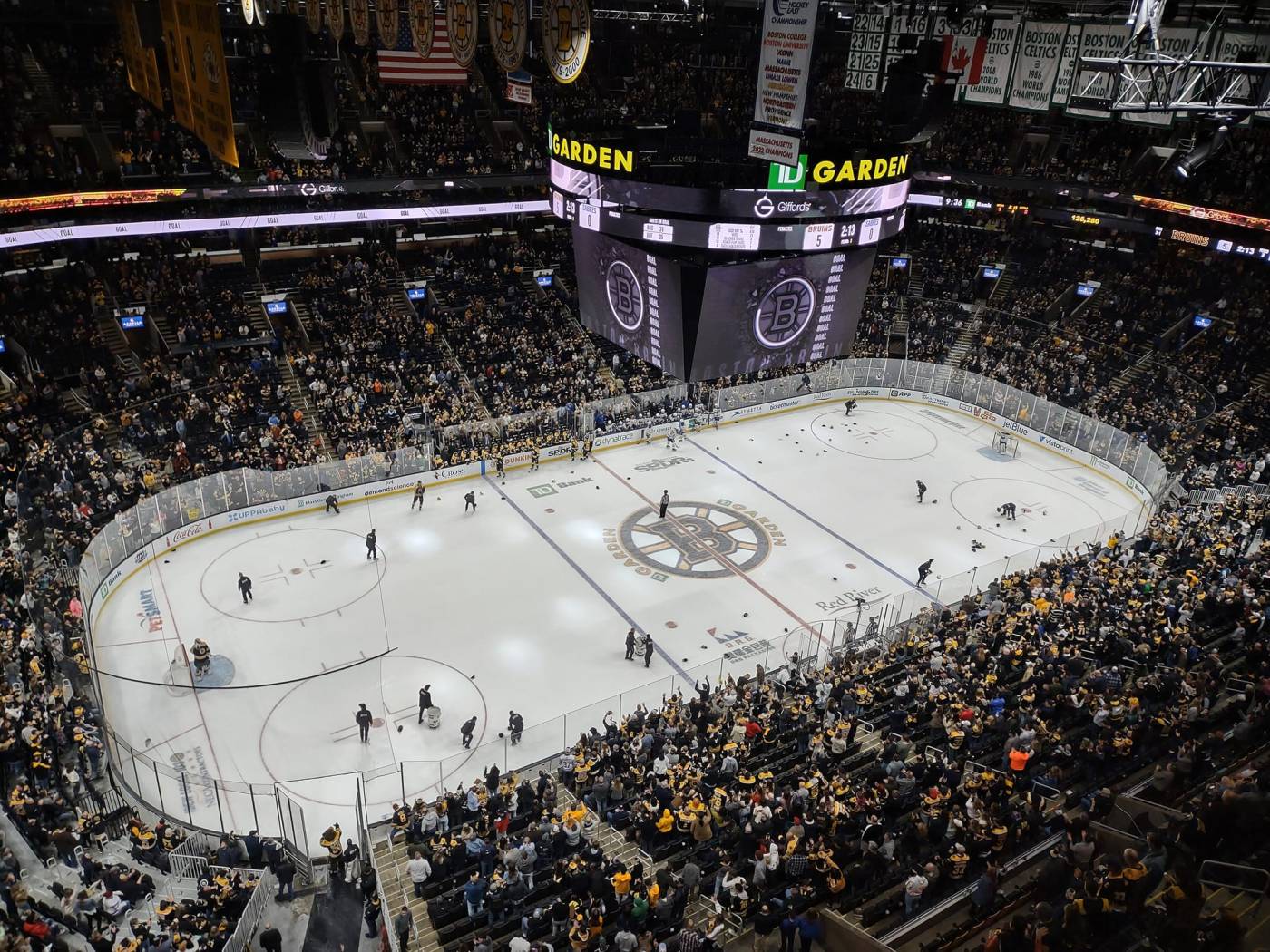 The Bruins team captain not only scored a hat trick in a big 5-0 win over the Buffalo Sabres, but he did it with a milestone moment to boot, potting the 400th goal of his illustrious career to seal the victory.

Stepping onto the ice for what would prove to be his final shift of the hockey game, Bergeron had one goal in mind as he approached the dot.

“To win the faceoff,” said Bergeron. “That was my first play for sure. (Offensive) zone draw, I just want to win it and that was it, really nothing else.”

The play didn’t entirely go as scripted, but Patrice Bergeron has always been good at improvising on the ice. Tripped up by Sabres forward Tage Thompson, the 6-foot-1, 195-pound center quickly got back to his skates camping in front of the net. Defenseman Charlie McAvoy pinched in along the boards, before dishing him the pass between the hash marks. The feed gave Bergeron all the time and space he needed to make history. The captain left no doubt, firing a quick wrister beating Buffalo netminder Dustin Tokarski deflector side for goal No. 400.

“We had a play set up,” Bergeron recalled. “And obviously because I fell, I wasn’t really open on that particular play, but Charlie made a good pass and a great read on that one. When I got the puck, I knew I probably had a little bit of time to get a shot off. With a great screen in front, a lot of bodies there, it trickled in.”

Bergeron didn’t realize he was approaching the milestone until the team’s recent road trip to Montreal, April 24. He was happy he got to do it especially in front of his home crowd of 17,850 at TD Garden.

“It’s special and the one thing that is (extra) special is that I did it all with the Bruins,” said Bergeron, 36, who netted his first NHL goal Oct. 18, 2003, as an 18-year-old rookie. “I think that’s the biggest thing for me that I’ll take out of it. It’s been a great ride with one organization, something that does happen often. I’m proud of that.”

Chances of on-time spring training start all but vanish –…

What The Future Cars, Planes And Trains In The U.S. Could…