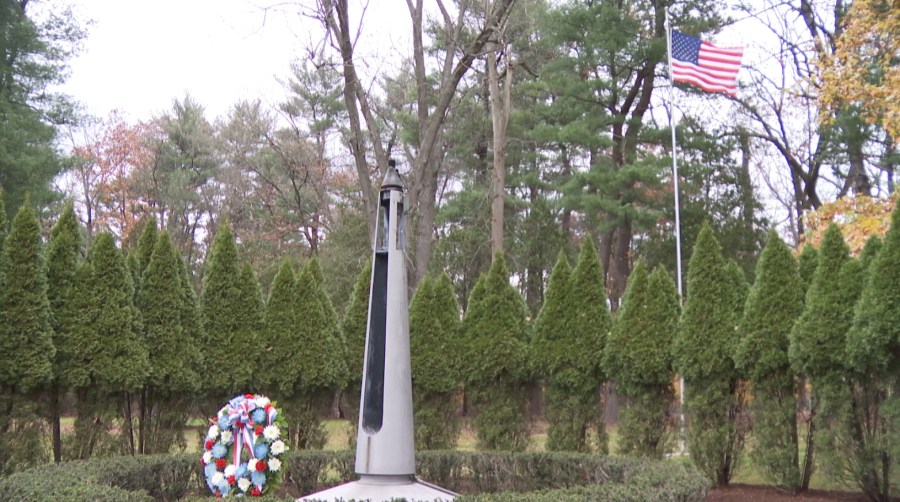 Each year since then, the people who remember the late president gather at the Eternal Flame in Forest Park to honor his memory. Congressman Richard Neal and Mayor Domenic Sarno led the list of dignitaries who praised John F. Kennedy’s commitment to public service and who influenced their entrance into public life.

The onlookers included many senior citizens who attend this observance every year, and for good reason.
22News recognized the many faces of those who return to the eternal flame each and every November 22nd.

“We relive what we forget. We have to remember what Jack Kennedy put out for us to be in public service. And what it meant to serve the country,” said Chris Collins of Springfield.

Solemnly taking part in this salute to the late president has created a bond between between bugler Jake Roberts and the man being honored on this sad day.

Roberts, a member of the Hampden County Sheriff’s Department told 22News, what playing taps on this day has meant to him, “I’ve always said taps is the hardest 24 notes I’ve ever had to play. It’s in the memory of the best.”

Although many years have passed since the country lost its beloved president, the annual ceremony in the midst of the Forest Park eternal flame is a moment of reverence and respect.

Getting Answers: COVID-19 hospitalizations on the rise |…

Red tide at the beach: See the latest conditions

Comfortable temperatures on the Central Coast