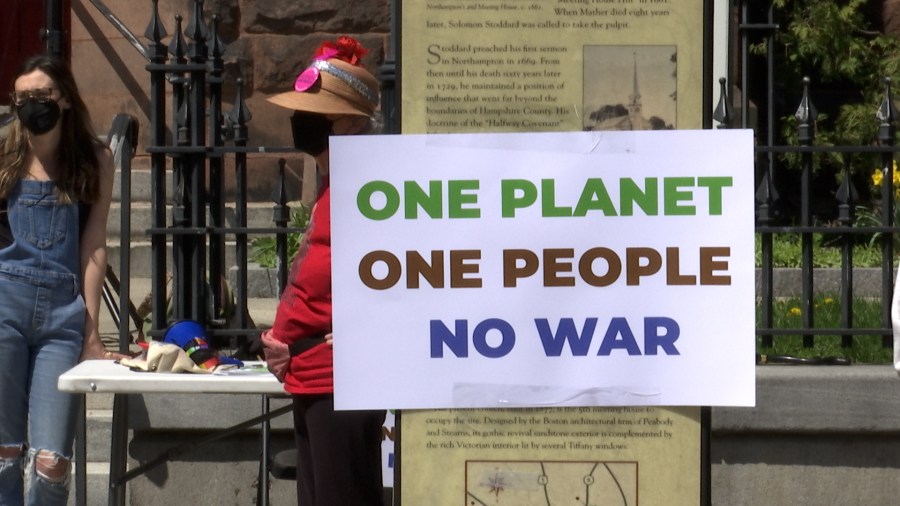 NORTHAMPTON, Mass. (WWLP) – Climate activists gathered in Northampton Saturday afternoon as part of a “One Planet, One People, No War” March.

The event, organized by Demilitarize Western Mass., aimed to illustrate the connection between war and climate change.

22News was able to catch up with organizers on Main Street before the march began and they told us why this specific connection is so important and what they want to see in the future.

“War is a huge polluter in our environment and we know that so much money goes to the U.S. Military every year and we would prefer that money to go to human needs like healthcare or fighting the climate crisis,” said Miranda Groux.

Since 2001, the American military has produced more than a billion tons of greenhouse gases.

COVID-19 at-home test kits to continue being provided in…

Northern New England Could See Up To 8 Inches Of Snow