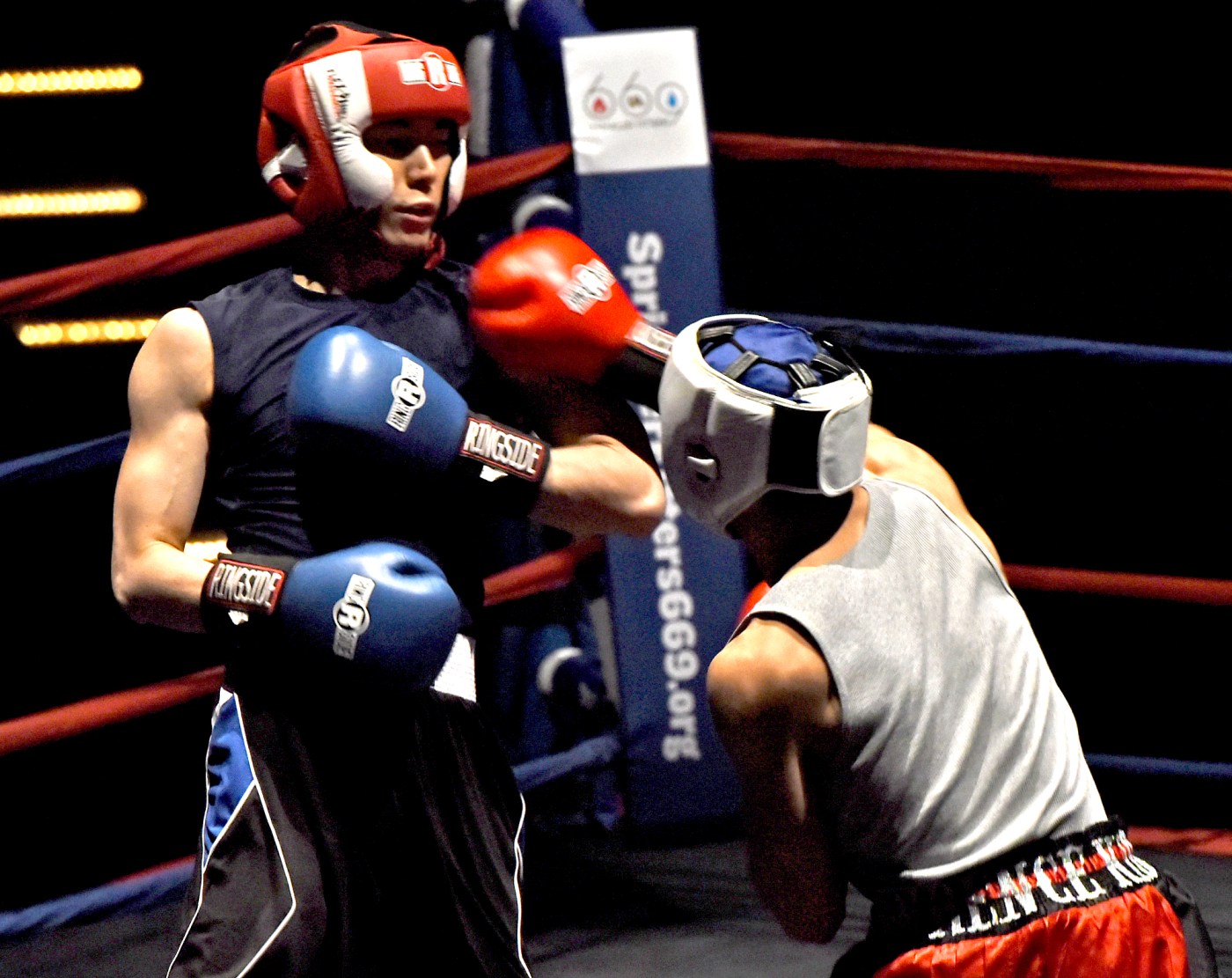 Dismas “Jimmy” Colon will have to fight his way out of another jam, Thursday night in Lowell.

After two impressive bouts, the Lawrence featherweight will look to extend his winning streak at the 75th New England Golden Gloves, Feb. 24, at the Lowell Auditorium.

Presented by Lowell Sun Charities, the nine-week boxing extravaganza approaches the homestretch with 11 scheduled bouts for week seven, with a focus on the All New England Open and Novice Championships.

A Central New England and Lawtown Boxing enthusiast, Colon will match-up with Bridgeport, Connecticut bruiser Mario Mani, in the elite male 139-pound bracket. One of the tournament’s early favorites, Colon has shown what he’s made of closing the deal in a pair of unanimous decisions. He opened the tourney with a strong flurry against Boston brawler Shane Jordan in the elite male semifinal, Jan. 27. He hung tough in another unanimous decision against Henry Ung of Jamaica Plain in the 139-final. Feb. 10, earning him the male fighter award during the Top Central Preliminaries. A product of Western New England and Ortiz Boxing, Mani enters the ring with nothing to lose, and everything to gain. At the other end of the bracket, Cranston, Rhode Island roughian Ricardo Nuñez (139) will square off with Cuttingsville, Vermont tough guy Josh Bickford.

A pair of novice heavyweight bouts will headline the card. Boston’s Gilbert Kabamba (203+) will look to keep the good times rolling against Paul Casey. A Broadway Boxing regular, Kabamba has shown his fortitude earning a split decision win over Framingham’s Jareed Gaines, Jan. 27, before dominating Watertown’s John Richard in a 5-0 unanimous decision, Feb. 3.

And its Northern New England against Southern New England in the second part of the heavyweight doubleheader, as Portland, Maine’s Zordan Holman meets up with Buzzards Bay boxer Zackary Chick.

The week seven fight card of the 75th New England Golden Gloves will be held Feb. 23 at the Lowell Auditorium. The fists start to fly at 7:30 p.m. For tickets and more information visit: www.lowellgoldengloves.com

A very mild start to the weekend; followed by a cold…

Arch Manning finishes June with trips to Alabama and Georgia

EAS Scenario 1: It came from Massachusetts

West Springfield Mayor Will Reichelt sworn in for third term

Kentucky governor: Storms may have killed at least 70 people…