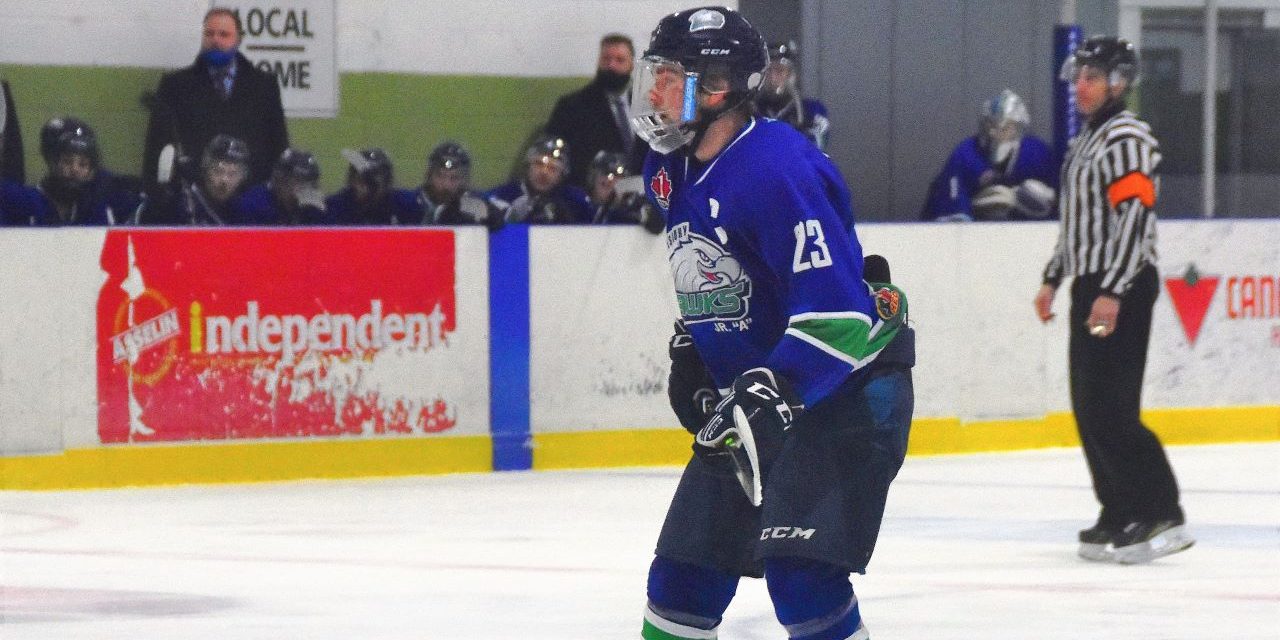 LOWELL — A high-scoring Canadian defenseman has committed to UMass Lowell.

Mark Cooper, a 5-foot-10, 175-pound skater from Cambridge, Ont., will be a freshman in the fall, joining a star-studded incoming class.

Cooper is one of the top scoring defensemen in the Central Canada Hockey League. In 51 regular-season games for the Hawkesbury Hawks, Cooper had 11 goals and 36 assists for 47 points. That tied him for most goals among CCHL blueliners and tied him for second in points. Five of his goals came on the power play.

Cooper was named the CCHL’s Defenseman of the Year after an outstanding regular season.

“Mark has been a key piece to our team’s success, playing 25-plus minutes a game in all situations. He has been a tremendous leader to get our rookies up to speed,” Hawkesbury head coach Rick Dorval said after Cooper received the award.

Earlier, Cooper was named his league’s Top Graduating Player of the Year.

He also racked up 82 penalty minutes.

In 11 playoff games, he’s added three goals and three assists. Counting playoffs, his 14 goals are a league-high for a defenseman and his 53 points are second.

Cooper ended the regular season on a high note, scoring a goal and adding an assist in the finale, one game after netting a pair of goals.

Cooper, his team’s captain, has helped Hawkesbury advance to the CCHL championship round, though he’s currently out injured.

Former UML forward and captain Charlie Levesque also skated for Hawkesbury during his junior days. Cooper hails from the same hometown as goaltender Owen Savory, who turned pro this spring after an outstanding senior season for UML.

Hammon hopes it becomes normal for women to get NBA jobs

Grafton Massachusetts | Why to Move to Grafton, MA

Newlyweds who canceled honeymoon to search for missing dog…

Springfield family stuck on I-95 in Virginia for 26 hours

4-year-old accidentally given COVID vaccine instead of flu…