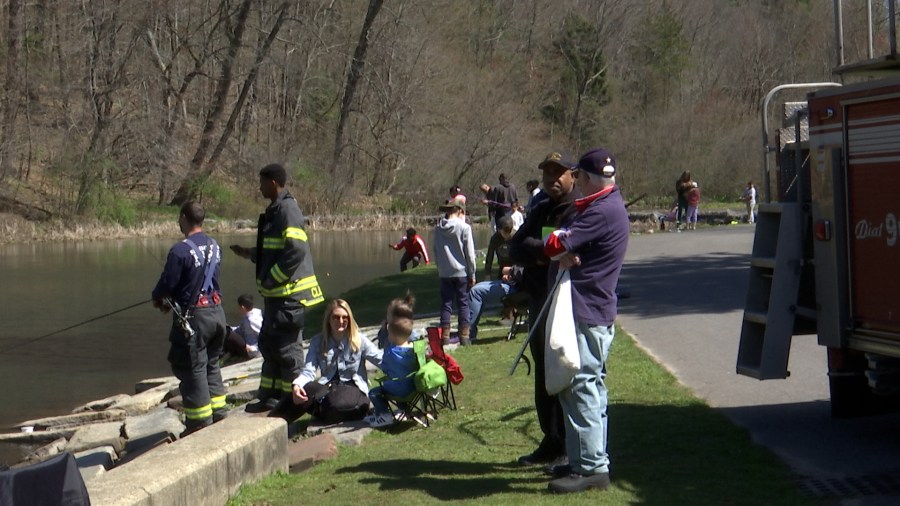 SPRINGFIELD, Mass. (WWLP) – It’s been more than half a century since the Springfield Elks Lodge first launched its youth fishing derby at Forest Park’s Barney Pond.

It’s an event for children to enjoy a day of fishing alongside Springfield’s first responders. Now, with the support of the police and fire departments, it’s expanded into a Cops & Bobbers, Hooks & Ladders program.

The purpose remains the same, giving young children an opportunity to share the day with uniformed role models. Springfield Officer Anthony Disantis said, “We’re here today, it’s a chance to get out with the children, in a positive environment. Get the kids out of the house. Showing the kids we enjoy a lot of the same activities they are, taking the same work alongside them.”

Kids fished in a stocked pond Saturday and trophies were awarded for catching a tagged trout. Prizes and raffles were also announced throughout the day.

After a two year break, Florence Night Out returns

Local residents try to keep homes warm due to temperature…

Bradley Beal out of Olympics for health and safety reasons