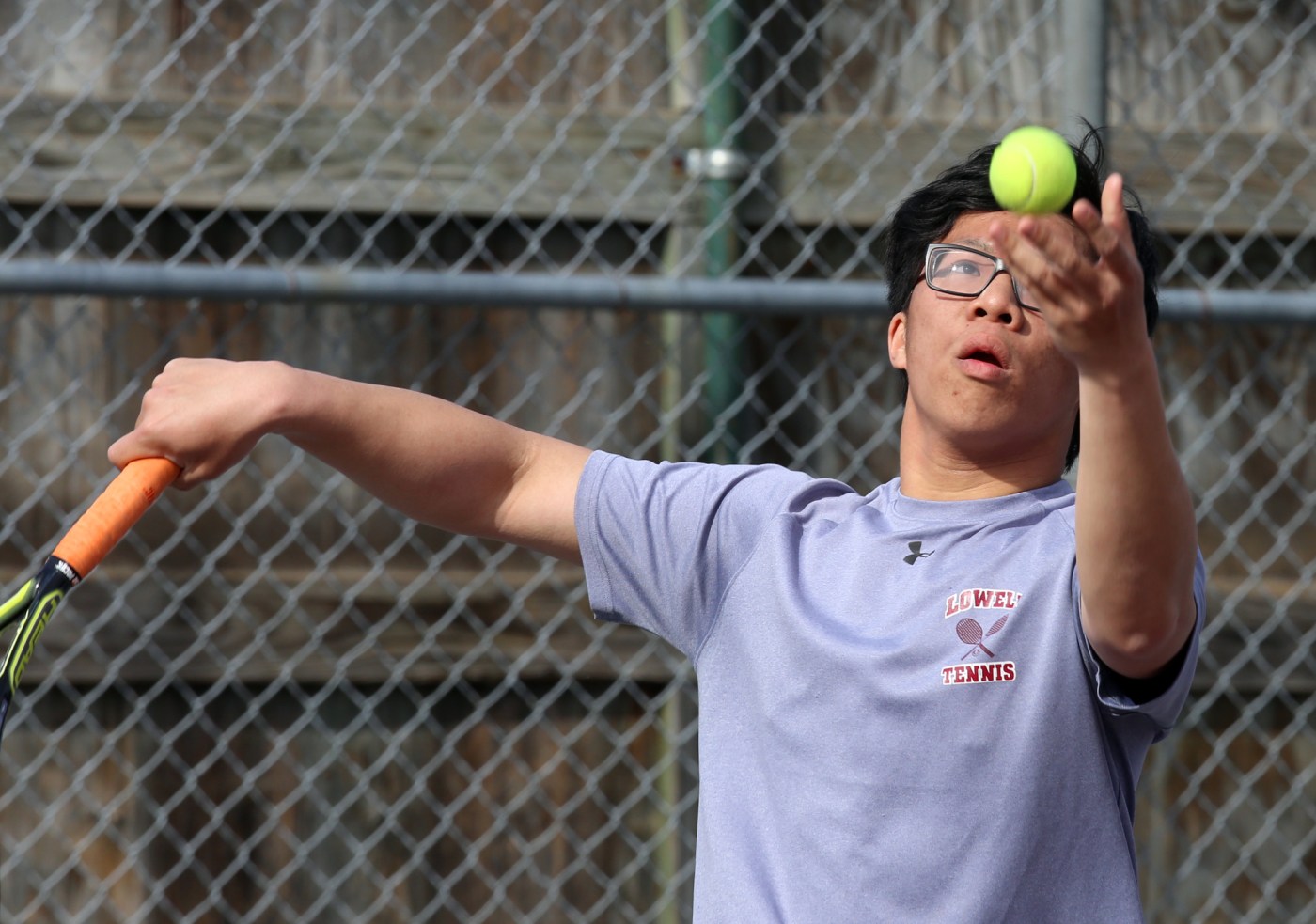 Chelmsford
League: Merrimack Valley Conference
Last Year’s season: 8-3
Captain: Rishi Krishnan
Promising Newcomer: Oden Roberts, fr.
Coach Pasha Nikolayev (1st year): “I’m very excited to take over. As a young squad with a young coach, I want to show everyone how hungry and eager we are to play. We may lose, but we are going to give a 100 percent I promise you that every time. I’m beyond excited to make my impression on the team, and to watch the team grow over time.”

Littleton
League: Mid-Wach C
Last Year’s Record: 9-0
Senior Tri-Captains: Will Palaia, Lucas Mueller, Mikey Taylor.
Other Returning Letterwinner: Jake Arimento.
Promising Newcomers: Areen Panda, fr.; Samuel Little, soph.
Coach Richard Ryzi (1st year): “I have some big expectations to fill since they had a massive undefeated season last year. The captains are quite strong. I’m relying on them to keep the team together. They’re quite amazing fellows and I’m looking forward to seeing what they can do. They’re all ready to work hard and prove they can win a championship this year. I’m looking forward to seeing how far we can go. I believe in this team.”

Tewksbury
League: Merrimack Valley Conference
Last Year’s Record: 2-12
Senior Co-Captains: Win Bo, Brady Litton.
Other Returning Letterwinner: Darren Castiglione, jr.
Promising Newcomers: Toffy Beyloune, fr.; Adam Chawkate, jr.; Tyler Chesbrough, fr.; James Cozzo, jr.; John Erskine, fr.; Dayton Fisher, fr.; Daniel Franklin, jr.; Michael Gaglione, soph.; Gregory Mercado, fr.; Jason Morris, soph.; Ashwin Narayanan, soph.; George Zackular, jr.
Coach Rick Keene (6th season): “I think we can definitely compete and win some matches. I think we can have a really good season considering that half of the team didn’t play before. They do show a lot of potential. They’re working hard. We’ve had a bunch of practices so far, the weather has been good and we haven’t had to shovel the snow off the courts like we have in the past. It’s been a good start so far – a very good and surprising start. The leadership on the team with Brady and Win has been excellent, I made them my captains.”

Wilmington
League: Middlesex League Freedom Division
Last Year’s Record: 10-3, league champions.
Senior Captain: Anay Gandhi.
Other Returning Letterwinners: Anuj Gandhi, jr.; Sidd Karani, soph.; Owen Mitchell, jr.; Eric Packer, soph.; Ryan Weinstein, soph.
Promingtin Newcomer: Sarthak Tripathi, soph., doubles.
Coach Rob Mailey (13th season): “I feel like we definitely have a good chance to win the league title. One thing we have to guard against is overconfidence after last season. We won some close matches last season and we will have a lot of good opponents this season. But, if we play well and don’t get overconfident, we should be competing to repeat as Freedom Division champions, and be competitive in our Liberty Division matches.”

Lowell
League: Merrimack Valley Conference
Last Year’s Record: 2-16
Returning Letterwinners: Kimleng Kit, sr.; Darsh Patel, sr.; Madeline Frenette, sr.; Natalie Sandler, soph.
Promising Newcomers: Maegan Cole, sr.; Portia Yeboah, sr.; Erin Nji, fr.; Bella Meas, fr.; Lenary Felix, soph.; Nathaniel de Carvalho, soph.
Coach Jennifer Carey (28th season): “We’ll definitely be rebuilding both the girls and boys teams over the next few years and have made a no cut policy this season. We have put racquets into the hands of 30 kids, 24 being girls, and they have been showing up for practice since the season began. This can only mean that the interest is there; and now it’s all about Chris Andros, the boys coach of 10 years, and I instructing them on the basics of tennis, tennis etiquette, and a passion for this lifelong sport, while teaching them the importance of perseverance and teamwork as they compete against the best players and teams in the Merrimack Valley.”

Shawsheen Tech
League: Commonwealth Athletic Conference
Last Year’s Record: 10-0, CAC Champions
Senior Co-Captains: John Zembeck, Sam Hines.
Other Returning Letterwinners: Bobby Dodge, jr.; Ethan Hines, soph.; Sarah Johansen, soph.; Jasmine Johansen, soph.; Sofia LaVita, soph.; Quinn Fallon, sr.
Promising Newcomers: Elliot Hong, fr.; Erin Cornell, fr.
Coach Jay Tildsley (3rd season): “We don’t have to blow up the lineup. We have a pretty good idea of who will be there, it’s just a matter of figuring out who will be in what spot. But the new players and the veterans who are back is something we are very excited about.”

Kmart down to 3 stores in US after NJ closing

Where is the 'highest' city in Massachusetts?

Getting Answers: The potential rollout of Pfizer’s…

Quick shot of Arctic cold; seasonable the rest of the week |…

Women charged with shoplifting at Big Y in Wilbraham, stolen…

How to See the Geminid Meteor Shower in Your City (2021)