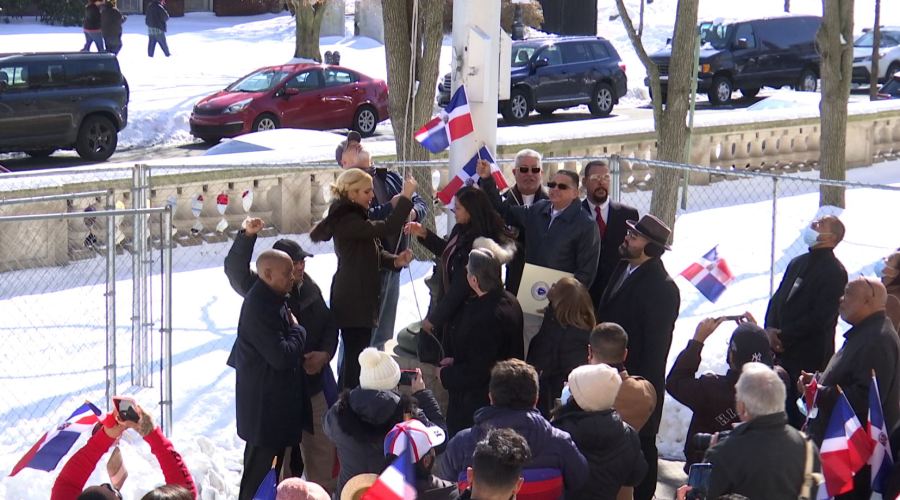 Mayor Domenic Sarno continued the tradition of honoring hard working cultures that have settled in Springfield and made lives for themselves. Before the noon flag raising, Mayor Sarno saluted residents from the Caribbean Island who have made Springfield their home.

“When you think of the Dominican-Americans, you think about hard working industries, opening up businesses. It is a growing community population in the city of Springfield,” Mayor Sarno told 22News.

The Dominican-Americans joined Mayor Sarno for a moment of silence calling attention to the crisis in Ukraine and praying for those involved.

Major Winter storm this week! Ice storm for some! Tornado…