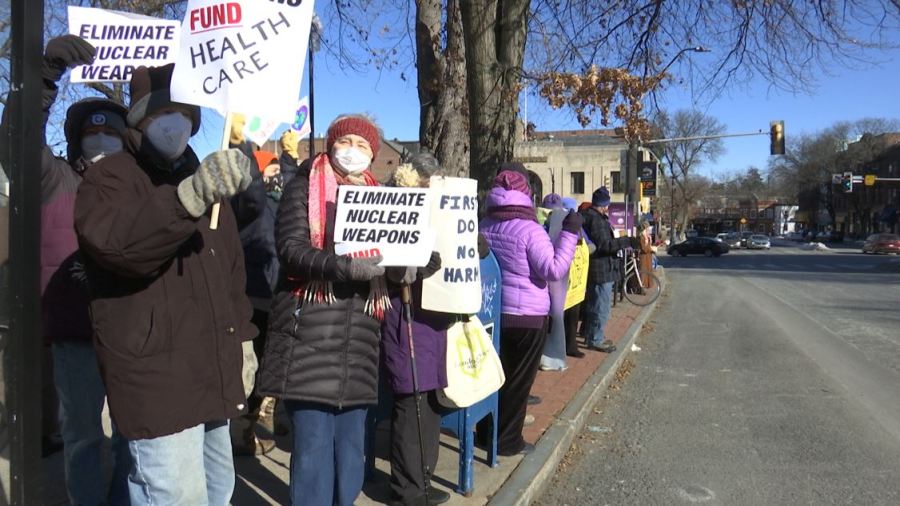 Some of those protestors were located at the corner of Main Street and King Street in downtown Northampton. Activists there and in Greenfield are calling for nuclear disarmament.

These standouts coming on the first anniversary of a United Nations treaty making the prohibition of Nuclear weapons international Llaw. Western Massachusetts supporters of that treaty say “it’s regrettable the world’s nuclear powers have not yet signed the treaty.”

Protestor Suzan Lantz told 22News,”It has tactics so the pressure brought upon the nine countries that produce nuclear weapons to make them stop to eliminate them.”

The sidewalk in front of the Northampton Courthouse has been a familiar location for social, political, and other demonstrations over the years. Saturday, they urged the United States to take a step forward by signing the Nuclear Accord.

Steelers QB Dwayne Haskins dies after being struck by dump…

🔴UNBLOCK ALL YOUR STREAMING APPS (NO COST!)

Firefighters put out house fire on Montclair Street in…

Feral Chickens Are Taking Over Florida