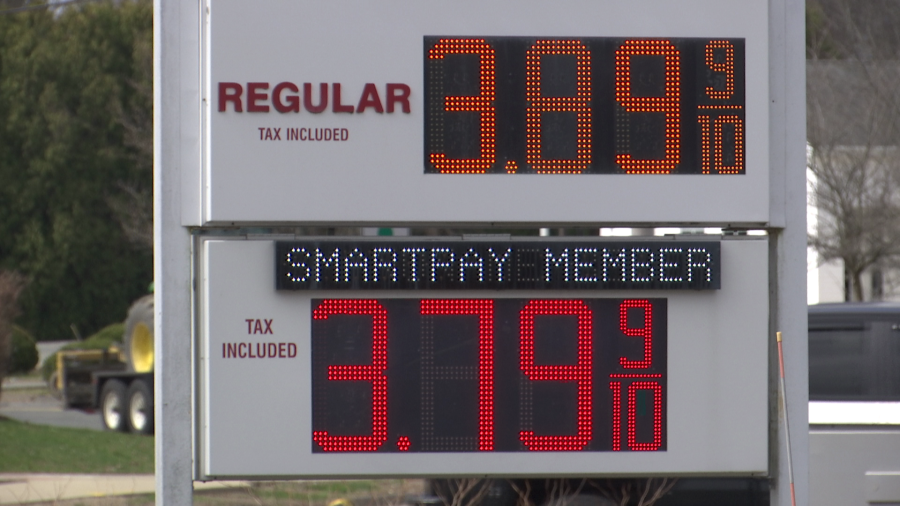 SPRINGFIELD, Mass. (WWLP) – During the first Sunday in March, drivers were shocked and embittered by the sudden rise in gas prices to nearly$4.50 for a gallon of regular. But in a few short weeks prices have dropped, although it’s still much higher than a year ago.

Mental health worker Allen Stout is delighted to see his$100 a week gas bill coming down.

“I go from patient to patient,” Stout said. “I have patients in Holyoke, Springfield and Chicopee, so I go to their homes give them meds, and now that the price of gas is coming down. I’m overjoyed, I’m happy, overjoyed.”

22News saw the drop in prices and the same reaction while traveling throughout the Springfield area Sunday. A South Hadley motorist wishes prices had come down even lower, but it feels good not paying more than four dollars a gallon as she did days ago.

Whitney Robinson told 22News, “Well we still have a long way to go, but it’s an improvement!”

And with this steady drop from peak prices in March, ranging from $4.29 to nearly $4.50 a gallon, Springfield gas prices are now hovering nearly twenty cents lower than what drivers are paying in various parts of the country.

Florida man trying to return to America with Ukrainian bride

Springfield man arrested for fighting with customers at CT…