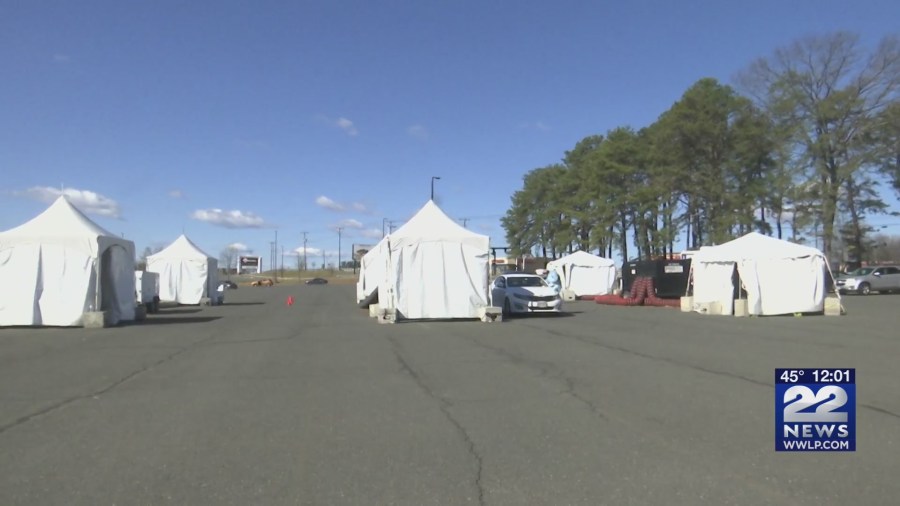 SPRINGFIELD, Mass. (WWLP) – As COVID-19 cases continue to increase, some cities are bringing back mask mandates.

COVID-19 cases had been going down for the last month, but states are starting to see an increase once again. Massachusetts however, is seeing the slowest uptick in cases compared to the rest of New England.

Experts said one of the reasons for the rise in cases is the spread of BA.2, a subvariant of the original omicron variant that is more transmissible. Meantime, demand for testing has been low but that is also starting to increase again.

The ‘Stop the Spread’ testing site at the Eastfield Mall sees about 200 people a day. An increase of 100 just one month ago.

“The amount of people coming through this site has remained stable for the past 4 to 6 weeks coming off the peak of late January, mid-February. we are seeing a slight uptick with more people coming through the site. It’s not huge numbers, but it’s definitely trending upwards.” Patrick Leonardo, Operations Manager at American Medical Response

Philadelphia became the first major U.S. city to reinstate its indoor mask mandate on Monday after reporting a sharp increase in coronavirus infections. Most states and cities dropped their masking requirements in February and early March following new guidelines from the CDC.

Road closure on State Street due to tractor trailer

A Blast of Arctic Cold On Friday, Snow Early Next Week? |…

Winter Storm Dumps Several Inches Of Snow Along The East…

Will the crisis in Ukraine impact gas prices?

MIAA to decide whether to drop mask mandate for high school…