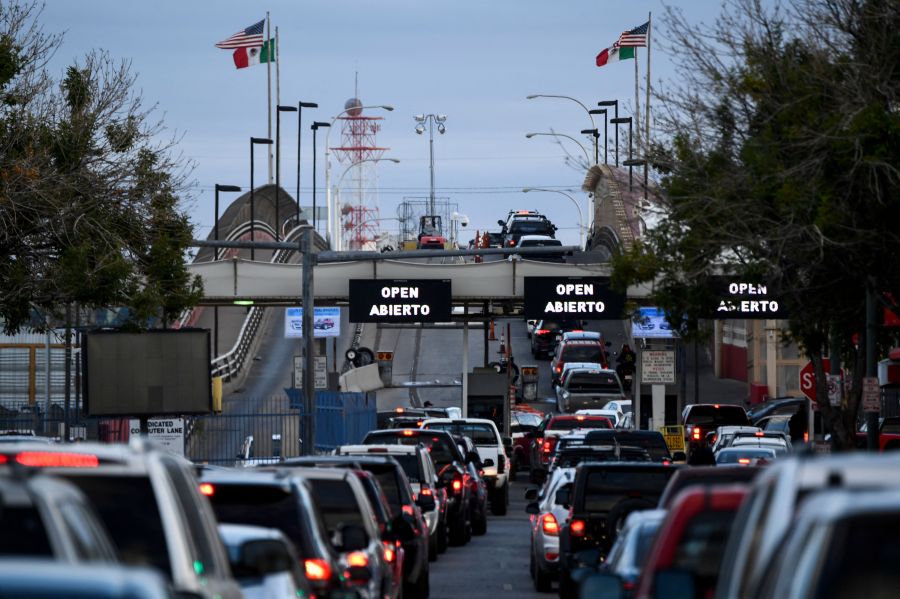 EL PASO, Texas (Border Report) – Border agents at an El Paso port of entry on Monday mixed words with a strong uniformed presence to persuade a group of migrants to keep walking back to Mexico.

An unspecified number of migrants resisted expulsion on the U.S. side of the Stanton Port of Entry on Monday morning.

“Today, a group of migrants who were apprehended for crossing the border illegally, briefly protested and chanted as they were being expelled back to Mexico under Title 42 authority, via the Stanton Port of Entry,” the U.S. Border Patrol said in a statement in response to Border Report inquiries. “After brief protest, the migrants complied and were walked south into Mexico by Government of Mexico officials. The protest caused a momentary disruption of south bound pedestrian traffic on the bridge.”

It wasn’t clear if the migrants were confused about the ending date of the Title 42 federal public health order or were trying to persuade agents not to expel them.

Department of Homeland Security officials on Monday reaffirmed Title 42 is still in place and allows them to immediately expel unauthorized single adult migrants and family units.

“The CDC’s Title 42 public health order remains in place with respect to single adults and family units, and DHS continues to operate in accordance with that order to the greatest extent possible,” DHS said in a statement to Border Report.


Visit BorderReport.com for the latest exclusive stories and breaking news about issues along the U.S.-Mexico border

The agency says it only exempts vulnerable individuals for humanitarian reasons on a case-by-case basis. The agency has also been routing unaccompanied children who are not Mexican nationals to the Department of Health and Human Services, which in many cases is allowing them to reunite with relatives or releasing them to sponsors in the United States.

Title 42 is scheduled to end on May 23, though Republican governors concerned with a major migrant surge and inequity in the way the Biden administration is applying COVID-19 protocols have sued to stop the termination. A federal judge granted them a temporary stay.

Fall Thrifting in Boston (*Haul and Try on*): Best tips for…

A Fall Chill To Start, Summer Warmth To End The Weekend? |…