Federal Reserve raising prime interest rate, what does that mean for mortgage rates? 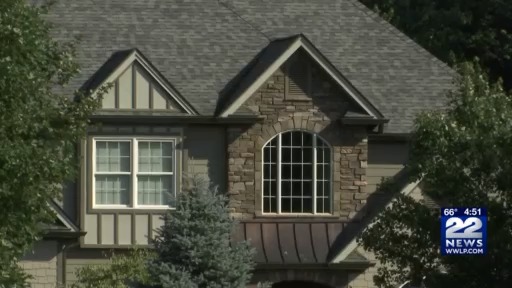 HOLYOKE, Mass. (WWLP) — Interest rates were low to start in response to the pandemic, so raising them for the first time in three years is a sign that we’re moving towards normalcy.

The prime interest rate is going up by a quarter of a percent, with the goal of combatting inflation.

Christine Gagnon is an AVP Loan Officer for Polish National Credit Union. She said that means people should see an increase the long-term rate, like a 30-year fixed mortgage.

“Talk to your loan officer and get pre-qualified and see what that means to you for affordability and if it has any affect at all on what you can afford for a house,” she told 22News.

While interest rates are going up, Gagnon don’t anticipate that it’s actually going to impact people who are going to buy a new house and that’s because rates are still pretty low.

“In the grand scheme of things, this probably won’t affect most borrowers because on a $100,000 mortage you’re probably talking about maybe $50 a month more,” Gagnon said.

The Federal Reserve also said this week it will consider raising interest rates six more times over the course of this year. However, Gagnon said that doesn’t necessarily mean the interest rate will go up six more times, it means they will take a look at where the economy stands during each meeting and make a decision from there.

A rise in interest rates does come with perks: Gagnon anticipates that banks will catch up and that would mean the interest rate on your savings account will go up.

Dryer fire in Heath put out

The Salem Witches Trials: One of the Most Bizarre Episodes…