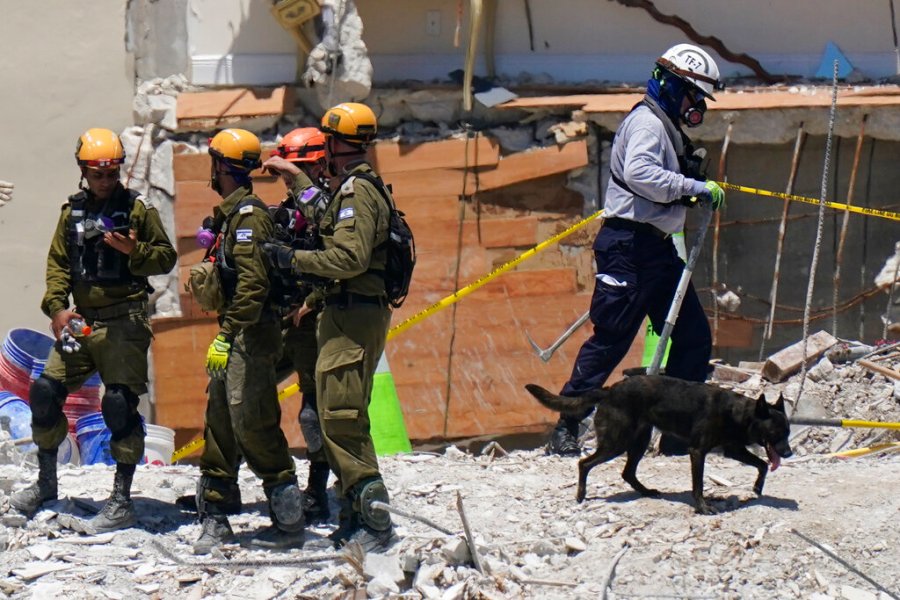 SURFSIDE, Fla. (WFLA) — Rescue crews combing through the rubble at the Champlain Towers found the 7-year-old daughter of a Miami firefighter.

“We can confirm that a member of our City of Miami Fire Department family has lost his 7-year-old daughter in the collapse. She was recovered last night by members of our Urban Search and Rescue Team, Florida Task Force 2,” Miami Fire Rescue Chief Joseph Zahralban said.

WPLG reports rescuers found the girl Thursday evening and brought the child to her father, who was at the scene searching for survivors.

Her father draped his jacket over her body, placed an American flag on the gurney, and with her uncle, escorted the child’s body away from the collapse site and through a group of first responders who had lined up to pay their respects.

Authorities announced the recovery of one more body Friday. The death toll stands at 20 people, with 128 people still unaccounted for.

Court back in session at Roderick Ireland Courthouse as mold…

A cool start to the week followed by a midweek warm up? |…

NYC Board of Elections takes down mayor ranked choice voting…

White House to sanction Putin for invasion of Ukraine