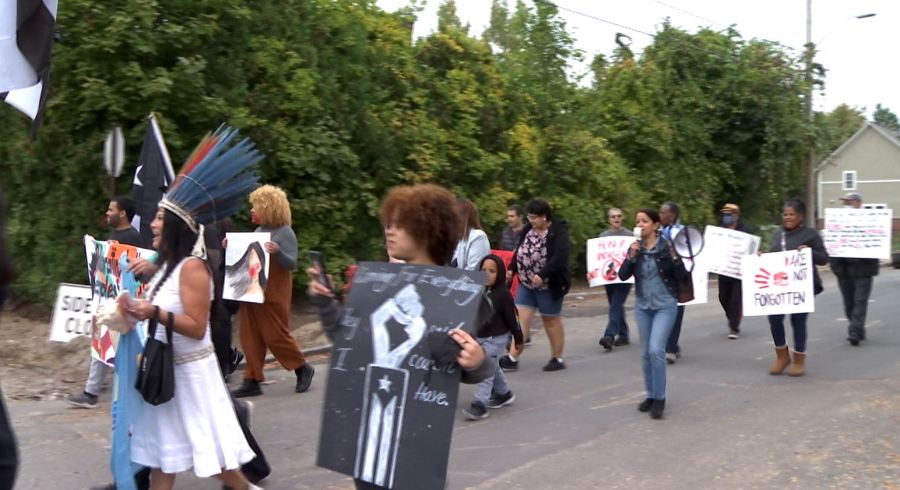 
CDC urges people to get the flu vaccine

“The first thing that passed was the resolution, and now we have filed in our ordinance to have it approved as an official holiday that our city employees get paid under,’ Hernandez said.

The march down Main Street was preceded by a rally and ceremony at Carlos Vega Park. The ceremony was led by Chali Naru Dones of the Taino indigenous people, who date back to the days of Columbus, and who have close ties to the people of Puerto Rico.

Dones told 22News why she supports the renaming of the holiday to Indigenous People’s Day. “The name needs to happen everywhere. It’s a stepping stone to all the surrounding towns, all the citizens know we want to go, so Holyoke absolutely,” Drones said.

Several of Holyoke’s neighboring communities have also adopted resolutions honing indigenous people this weekend. Their hope now is to encourage the state legislature to take the same stance, and to replace Columbus Day with the newly named holiday throughout Massachusetts.

Radon could be in your home- how to find out

How thick does ice need to be to skate on