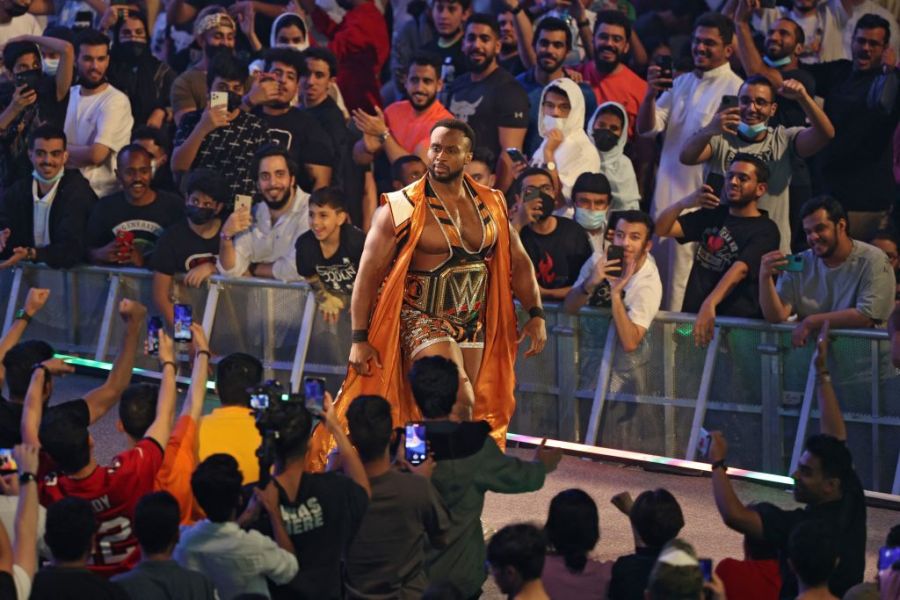 CBS Sports reported Big E landed on the crown of his head while taking a suplex outside of the ring and was motionless.

Big E released a video on Twitter to annouce the news and provide an update:

“I can’t thank all you beautiful people enough for all of your concern and your messages. It’s very heartwarming. I can move all my digits,” E said as he waved his fingers to the camera. “That’s nice. That’s always a good thing. Strength feels fine, but unfortunately right now they tell me my neck is broken.”

Here is the entire video:

Big E thanked everyone again before signing off: “I’m gonna be all right. I’ll be good. Don’t worry. Go to sleep. Don’t worry about ol’ me.”

Plenty of fans and fellow wrestlers responded with well-wishes, which the WWE official account shared.

Big E was a huge part of the festivities before and during then-No. 3 Iowa’s win over then-No. 4 Penn State in football last season. He returned to narrate a hype video before Iowa’s appearance in the Big Ten Football Championship game in December.

UMass mandates COVID booster for students returning in the…

Springfield man arrested in Amherst, illegal possession of a…

Suspicious vehicle report in Holyoke leads to arrest of…

Big Y hosting on the spot hiring event at 19 locations |…

Will La Palma Volcanic Eruption Cause Mega Tsunami on U.S.…