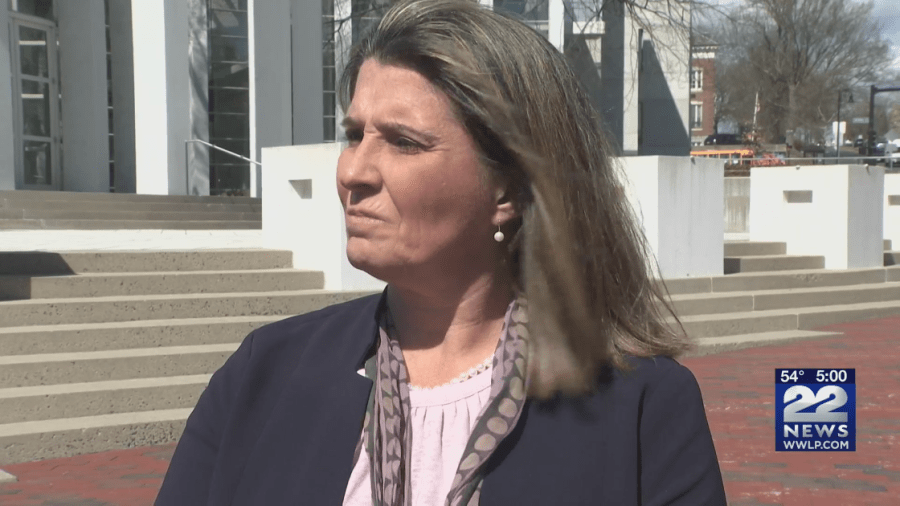 CHICOPEE, Mass. (WWLP) – Former Chicopee School Superintendent Lynn Clark was back in federal court in Springfield on Wednesday. She was arraigned on charges of lying to the FBI after she was indicted by a federal grand jury.

Clark’s attorney Jared Olanoff spoke with 22News following the arraignment. He said Clark pled not guilty and denies these allegations against her. Olanoff added they haven’t seen the evidence the government may have against her but also confirmed that they were provided some of the evidence earlier that day and will be taking a look at it.

“We are going to have to determine whether that evidence was taken constitutionally, whether the search warrants were valid, whether any consent she may have given was valid, and make some difficult decisions down the road,” Olanoff said.

Clark was indicted on two charges of making a false statement in connection with sending 99 threatening messages to a candidate for Chicopee Police Chief. The Chicopee School Committee relieved Lynn Clark of her duties as superintendent last week, one day after she was indicted by a federal grand jury.

Arctic Sinkholes I Full Episode I NOVA I PBS

Cool Guitars From All 50 States

How is PH faring in economic recovery, COVID resilience? And…

First official skate park in Easthampton may be built as…

Less vibrant fall foliage in western Massachusetts due to…