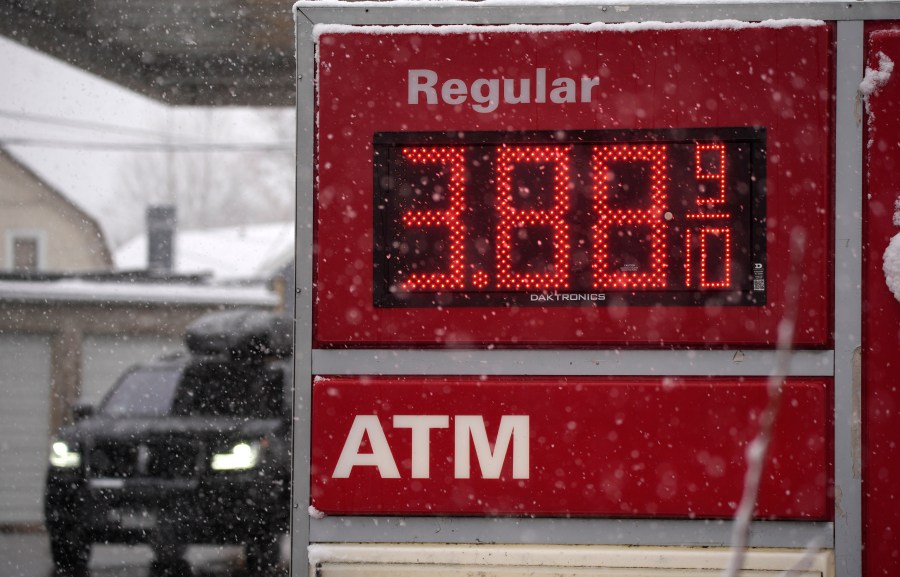 SPRINGFIELD, Mass. (WWLP) – Gas prices in western Massachusetts have gone up, averaging $3.46 per gallon in the past week and are standing 96.2 cents per gallon higher than a year ago.

According to Gas Buddy, the cheapest price for a gallon of gas in Springfield is $3.24 per gallon, the most expensive is $3.99 per gallon. Compared to nearby areas, Worcester is currently $3.51 a gallon, Connecticut is $3.64 a gallon and Hartford is $3.62 a gallon.

Find the lowest gas prices near you

“With tensions still very high that Russia may invade Ukraine, gasoline prices kept moving higher, tugged by the rising price of oil as the market concentrates on possible outcomes from the situation that could affect global oil production amidst recovering demand,” said Patrick De Haan, head of petroleum analysis for GasBuddy. “However, with nuclear talks between Iran and global powers ongoing in Vienna, the possibility exists that a new deal could bring Iran’s crude oil supply back to legitimate markets, helping to ease a slight portion of supply concerns. While the proposition remains in the air for the time being, we’re also just a few weeks away from the traditional start of the spring surge in gasoline prices, brought on by the change to summer gasoline, seasonal maintenance at refineries and rising demand. The weeks ahead could be rather ugly with rising prices, especially if Russia pursues a strong-arm invasion of Ukraine.”

Much milder first half of the week; winter returns by weeks end | Weather

One word Collab with Millie the Silent Crafter

Bodycam footage released after woman shot by police, dies in…

Four people displaced after car vs house incident on Mary…

Walk for Nonviolence held in Springfield

Car crashes into house in Springfield