Gaspar, Sciortino make quite a pair for Billerica/Chelmsford – Lowell Sun 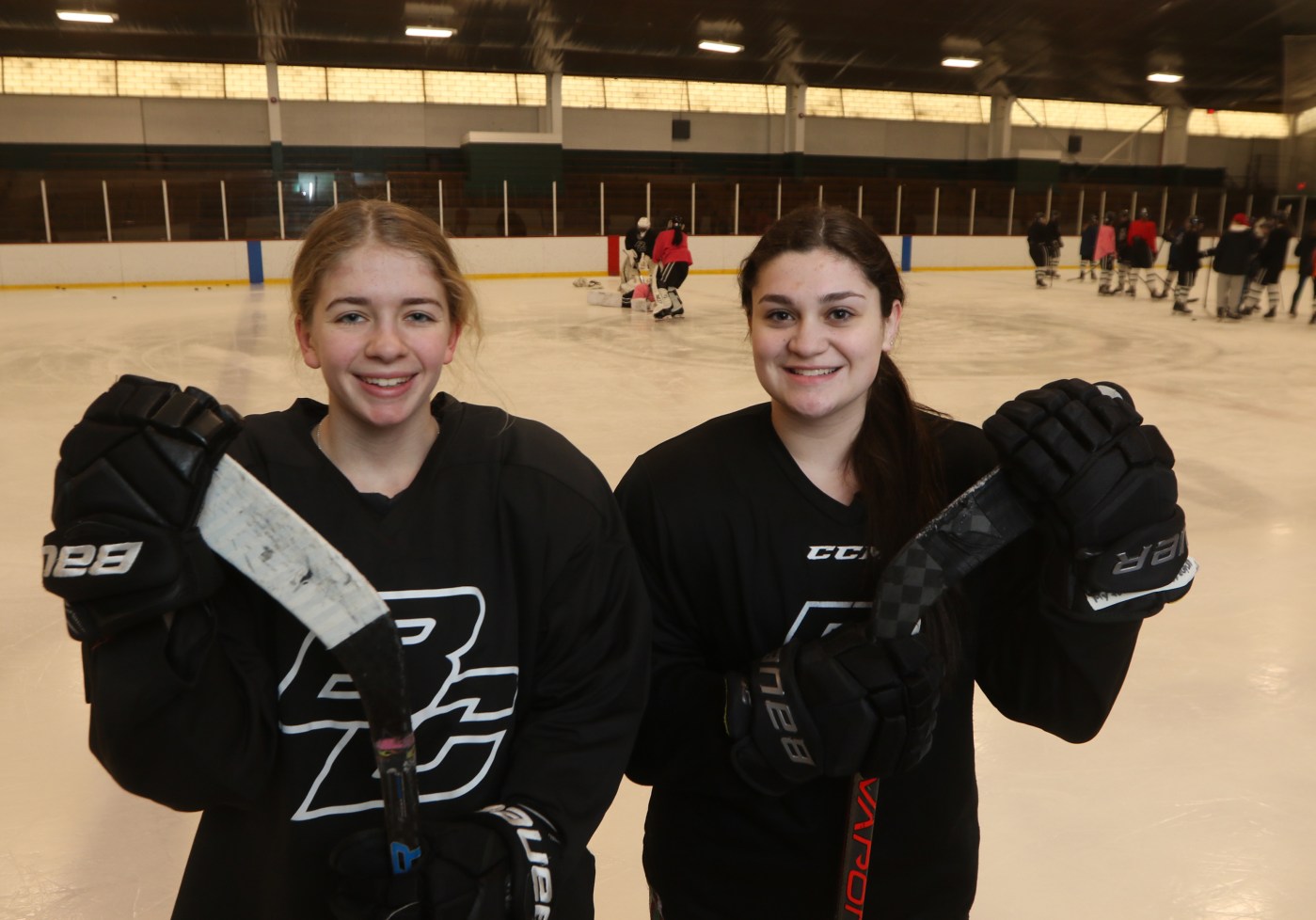 BILLERICA — When it comes to rivalries, the one between Billerica and Chelmsford is near the top of the list. There’s not a lot of love between the two schools when it comes to sports.

That was the case back in 2017-18 when Billerica’s Gina Sciortino and Chelmsford’s Lea Gaspar from Chelmsford, a pair of defensemen, made the Billerica/Chelmsford girls hockey team as eighth graders.

“The coaches would put us against each other during our first two years,” said Sciortino. “It was definitely harder to be friends, but we have grown a lot (since then).”

The two were immediate rivals early on. They didn’t play much as eighth graders or as freshmen. When they did see the ice, it was often that they criticized the other’s play or blamed the other for a mistake.

But as a sophomores, that started to change. Ray Monroe was brought in as coach and he thought the duo had a lot of potential. He put them together as defensive partners and they have grown by leaps and bounds, improving to the point that Sciortino will be play next year at New England College and Gaspar will play at Plymouth State.

“It took us a while to trust each other enough so when I would go, I would know that (Gina) would be back there,” said Gaspar, who was also the Chelmsford girls soccer team’s goalie this past fall.  “Now I know that whenever I take the puck up the ice, that she’s going to be behind me. Or the same way if she rushes it; we just always know where each other is going to be which is really good feeling to have when you rely on your partner like that. That bond has definitely become a lot stronger through the three years of playing together.”

Gaspar plays on the right side and is more of an offensive threat. She has scored three goals and has six assists for a team that finished the regular season with a 10-10 record and is awaiting the state tournament pairings.

“Lea is one of the best defensemen that I have had the pleasure of coaching,” said Monroe.  “She is reliable, she is offensive, which is rare, and the new game needs offensive defensemen. She’s a good leader, she’s one of our captains and is just a great kid and really smart. She has really good hands, good feet and she never gives up so that obviously plays a huge role.”

Sciortino hasn’t scored a goal yet this season as more of a stay-at-home blueliner, who likes to mix it up in front of the net.

Sciortino comes from a hockey family. Her two brothers, Joseph, 27, and Nick, 23, played at Billerica and Shawsheen Tech, respectively. Gina said that as a youngster she bounced from one rink the other, learning the game.

“Once we started playing together, I have always been able to trust Lea,” said Sciortino. “I knew that if took risks that she would be back there. It’s a lot more comfortable now playing with her, especially with our younger girls trying to get into (the lineup). I have just been so used to (playing with Lea) the last three years, so it’s been a good trust system. We have learned to grow together.”

Breaks create a positive effect on a person’s mental health

We got an exclusive look inside Moderna's labs where the…

Biles set to return to competition for balance beam final