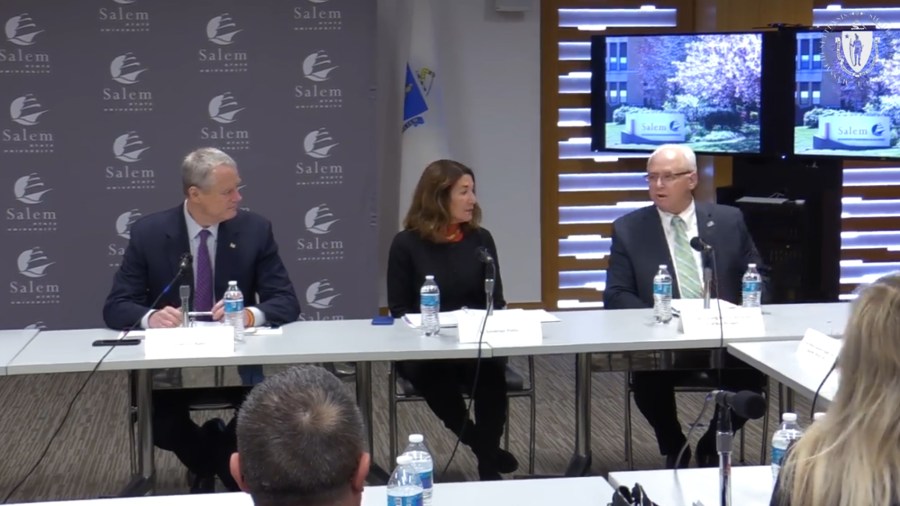 SALEM, Mass. (WWLP) – Governor Baker was in Salem Wednesday to meet with survivors of sexual assault and domestic violence.

The Governor and the Lt. Governor believe that our current laws are failing victims. That’s why they’re holding a series of roundtable discussions to meet with these victims personally and push for policy change.

This session, the Baker Administration has filed a bill to prevent dangerous criminals from ending up back on the street. The bill would allow judges to consider more than just the specific charges before them when making a decision on a defendant’s release, a policy that would have kept repeat offenders behind bars.

“The people who have violated one child have probably violated many and to not incorporate that into the larger conversation about determining dangerousness puts the parents and the children that are involved in some of these horrific crimes in a terrible position,” said Baker.

The bill would also expand the list of offenses that can be used to hold a defendant as a dangerous person before their trial.

While there is some criticism on the bill’s language, the changes proposed actually have a lot of support from the public and the law enforcement community. Governor Baker is hoping that these roundtable discussions will prove to the legislature that the time to act is now.

Growing Cities Struggle To Keep Up With Housing Shortage

1 year in: Biden ready to talk through progress, setbacks |…

The True Scale of the World's Largest Airports

War with China: Are we closer than we think? | Under…

Getting answers: how to prevent chimney fires | News