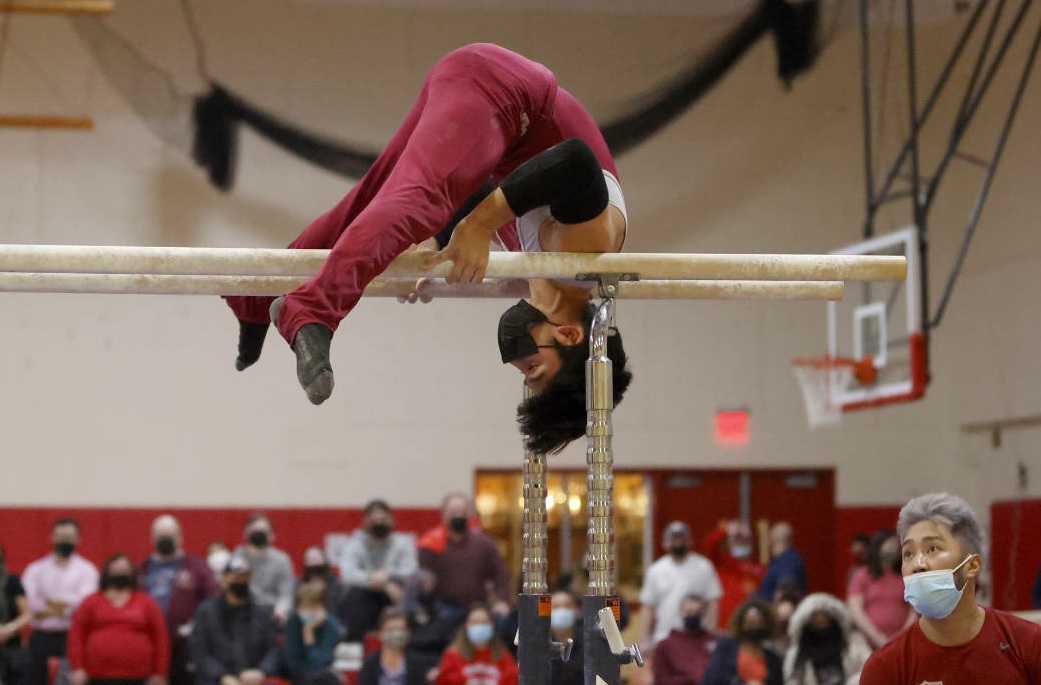 The numbers don’t lie and that’s not a good thing for MIAA boys gymnastics.

The rapidly declining participating numbers put the MIAA Gymnastics Committee in a position of wondering whether it’s going to be feasible to continue the sport much longer. This past season, just four schools participated in the boys state championships (Burlington, Braintree, Lowell and Newton North/South).

A recent survey conducted by state boys gymnastics director Mike Denise regarding future participation did not paint a rosy picture. He said that Braintree has five boys, Burlington has less than five, Lowell has six and Newton North/South doesn’t know its numbers.

“The numbers are drastically low,” said MIAA gymnastics liaison Ann Tryko. “I’d like to request a report from Mike and Sherry Bryant so that the TMC can discuss the future of the sport. Anything below five teams is a challenge.”

To their credit, the committee is more than willing to do whatever it takes to ensure a future for the sport. Dracut athletic director Paula Chausse echoed the sentiments of many when she said every option must be looked at.

“We are all in agreement that no one wants to see it fold,” Chausse said. “We have co-ed divisions in other sports like swimming and cheerleading, maybe we can do it in gymnastics as well. We have to put every possible option on the table.

Committee member Paul D’Alleva, the principal at Medford High, was a gymnast at Burlington. He vividly remembered his high school days and hopes the sport can be salvaged.

“I would hate to see it disappear. It would really be a sad day if that does occur,” D’Alleva said. “When I started out as a freshman, I knew nothing about the sport. I still remember doing my first vault, I just ran as fast as I could. By my senior year, I was coaching some of the younger kids.”

This isn’t the first time the sport has been in survival mode. In 2013, the MIAA originally eliminated boys gymnastics, then the Board of Directors voted to reinstate the sport.

Among some of the ideas bandied about during the 90-minute meeting was the possibility of the schools forming regional co-op teams, a more dogged attempt to find athletes within the school. Denise, who was the athletic director at Braintree for years before going to Blackstone-Millville in a similar capacity, touted the efforts of longtime Braintree gymnastics coach Rich Ellis to try and get as many kids involved as possible in his program.

“Rich Ellis was always out there actively looking for students to compete,” said Denise. “He would look at the sports roster and find which boys were not participating. He’s done a wonderful job in keeping the Braintree program running.”

As for the recently concluded state gymnastics tournaments, MIAA state girls gymnastics director Amelia Braun was happy with the way the girls events turned out. From the scoring process to media coverage, Braun said everything went as smoothly as possible.

“We used the electronic scoring and enhanced that with the iPad, so it became really efficient for the spectators and press,” Braun said. “Algonquin was a great host and they’ve agreed to host it next year.”

On the boys front, Denise said the state championships overcame some issues and managed to put together a top-notch event. He praised Burlington athletic director Shaun Hart for making their facility available on a short notice.

Springfield man arrested in FL in connection to murder of…

Day two of Patriots training camp goes on without backup…

Hot and humid Thursday with some good sunshine | Weather

Another child bitten by coyote in Massachusetts