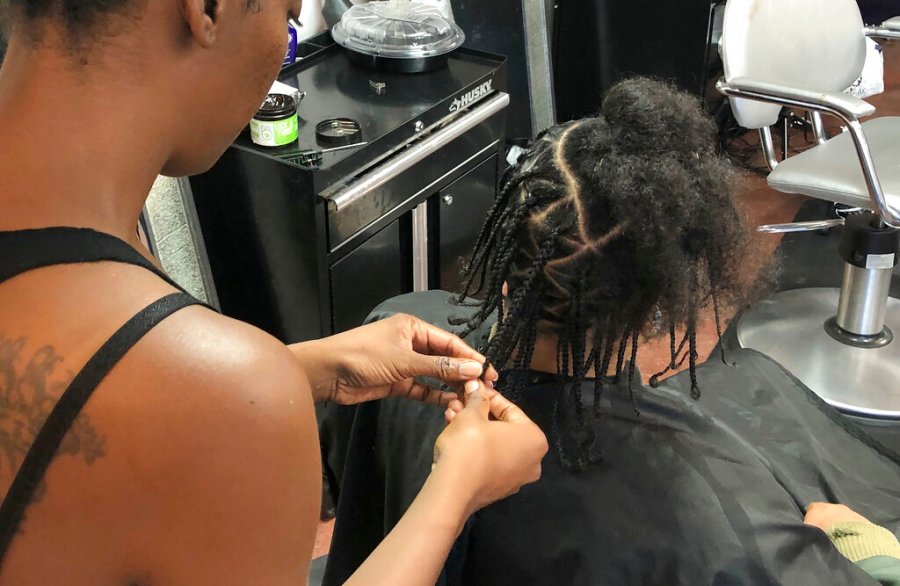 BOSTON (State House News Service) – The House meets Thursday to consider legislation that would make discrimination based on a person’s natural hairstyle illegal.

The bill, filed in the House by Reps. Steven Ultrino and Chynah Tyler, defines natural hairstyles as “protective hairstyles such as braids, locks, twists and other formations.” It also prohibits school districts, school committees, public schools, or nonsectarian schools from adopting or implementing policies that “impairs or prohibits natural hairstyles.”

“It’s necessary because it affects many people in our commonwealth and around the country. It’s a discrimination that still exists,” Ultrino said. “It’s a shame that we actually have to pass legislation to address this, but it affects people in schools and in the workplace. That should not continue.”

The proposal stems in part from a months-long dispute in 2017 between a Malden family and the Mystic Valley Regional Charter School. Daughters of Aaron and Colleen Cook went to school with box braids, Ultrino said, which were at the time against the school’s dress code. The two girls received daily detentions and infractions for their hairstyles.

The situation prompted Attorney General Maura Healey to send a letter to the school asking officials to stop imposing discipline for natural hairstyles. Ultrino decided then to file legislation to define natural hairstyles in statute and make discrimination illegal in workplaces and schools.

California, New York, and New Jersey have adopted laws banning hair discrimination. The House passed a similar version of the bill in July 2020 but it stalled out in the Senate. Ultrino said this session Sens. Sal DiDomenico and Adam Gomez have filed similar bills. “So, now you have some buy-in with the Senate,” Ultrino said.

Houston looks to clinch pennant with victory over Boston –…

Local leaders weigh in on possibility of lifting statewide…

Ortiz, Clemens, Bonds to be close calls for Hall of Fame –…