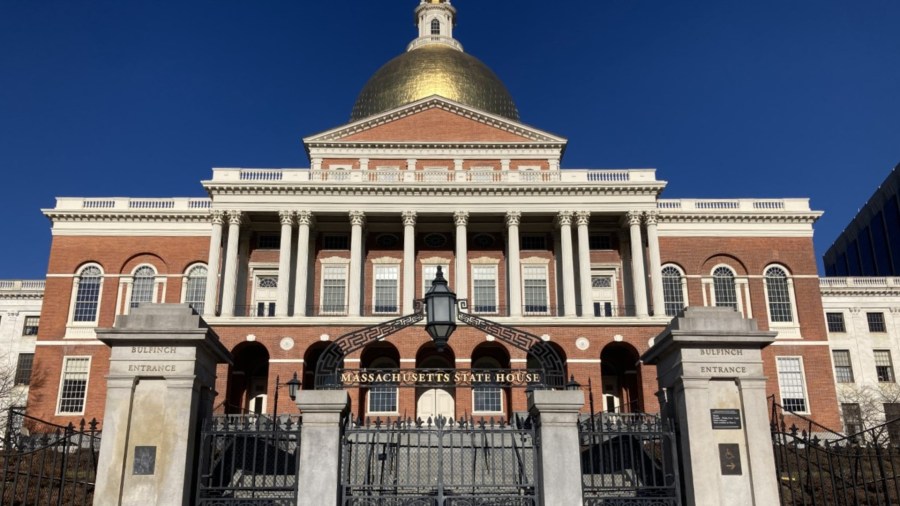 BOSTON, Mass. (SHNS)–When Gov. Charlie Baker ran for office in 2014, he did so with a pledge to increase local aid at the same rate that state revenues are expected to grow.

Eight years later, whether that practice continues or gets left behind when Baker and his team leave the State House depends on who claims the corner office in this fall’s election. Intentions around sharing revenues with city and town governments differ among candidates, though all say they recognize the importance of such aid.

Baker and lawmakers level-funded unrestricted local aid in the fiscal 2021 budget — signed in December 2020 instead of the typical date close to the start of the fiscal year in July — after the COVID-19 pandemic rocked the state and global economies. Otherwise, the administration has largely adhered to Baker’s campaign-trail promise for unrestricted aid, though the level of increases in Chapter 70 school aid has varied.

The approach sets aid expectations around which local officials can craft their own budgets. Baker said last month that in years when the state has collected less revenue than initially predicted, his administration did not seek to claw back the amount above projections. “The deal was the deal and we honored it when it didn’t work for us,” he said.

In his fiscal 2023 budget, Baker recommended a $31.5 million increase in unrestricted local aid, matching the 2.7 percent tax collection growth that administration and legislative budget-writers jointly forecast for next year as their consensus revenue estimate.


Unemployment system to soon move away from facial recognition

Determining that estimate is one of the earliest steps in the budget process, and some local officials have raised concerns that cities and towns have not seen the same revenue growth as the state since the actual tax haul has exceeded initial expectations over the past couple years.

The News Service surveyed the 2022 gubernatorial candidates on how they envision handling local aid.

Candidates were asked if they would commit to a particular annual increase for unrestricted general government aid or Chapter 70 school aid, or instead make annual decisions based on current budgetary conditions; if they would tie local aid increases to the consensus revenue estimate like the Baker administration does or use a different method; and what factors they would consider in making their local aid recommendations.

Two candidates, Boston Democrat Sonia Chang-Díaz and Wrentham Republican Chris Doughty, indicated they’d keep up the method that municipal officials have become accustomed to over Baker’s two terms. Another, Whitman Republican Geoff Diehl, said he does not “favor mandates or making payments based just on benchmark figures” and that local aid payments should be based on available resources.

Doughty, citing his background as a business owner, said linking local aid levels to the consensus revenue process makes the most sense “[a]t this junction,” and Chang-Díaz said she would “continue the practice” of increasing unrestricted local aid on pace with revenue growth.

A key figure in efforts to pass the state’s 2019 school finance reform law, Chang-Díaz also said she would veto any budget that does not phase in that law’s changes on schedule. The statute calls for the changes to be fully incorporated into the school funding formula by fiscal year 2027 — the next governor’s fourth budget.

Diehl, a former state representative who served on the Ways and Means Committee from 2011 to 2014, called for the state to provide relief to taxpayers and said a portion of surplus revenues should flow to cities and towns as unrestricted and school aid.

Attorney General Maura Healey’s campaign responded with a statement that described the Boston Democrat as “committed to ensuring that municipalities have the support they need to serve their communities” but did not specify how she would handle revenue-sharing with local governments.

None of the candidates said they would tie increases in Chapter 70 school aid to the expected growth rate in state tax revenues, a pledge that Baker made while campaigning but which he has not executed as governor.

The candidates’ full, unedited responses are as follows.

“Unrestricted general government aid is a crucial lifeline for the important work being done in our local communities, and I would continue the practice of increasing it on pace with annual revenue growth. We also must live up to our constitutional duty to implement the Student Opportunity Act. I am the only candidate who has committed to phasing in the Student Opportunity Act on schedule and who fought to win these commitments to our local communities in the first place. I would veto any budget that does not do this. The new aid is critical to ensuring that municipalities no longer have to choose between needed resources for first responders, local health departments, and critical local services on the one hand and covering ongoing school budget shortfalls on the other. We can and we must do both.”

“As a former local official and finance committee member, I know all too well how important robust Local Aid payments are to support municipal government and, most importantly, schools. What’s more, Local Aid payments help to take the press off local property taxes to fund municipal government. We should try to augment Local Aid payments whenever possible. But, I don’t favor mandates or making payments based just on benchmark figures. As a former State Representative, I believe what we need to do is prioritize Local Aid and make payments with available resources whenever possible. We’re experiencing an example of this right now. In recent months there has been an infusion of billions of dollars of additional revenue into Massachusetts due to federal government funds and tax collections far-surpassing benchmark estimates. Understandably, some of these funds are intended for pandemic relief and infrastructure improvements, and should be spend (responsibly) for those purposes. However, that still leaves billions left over, specifically because our state over-taxed residents. I say, let’s give some of that money back. Some should be given back by way of direct tax refunds, while other funds could be used for temporary relief from the gas and motor vehicle excise taxes amidst high inflation. And, a share should be distributed to cities and towns by way of unrestricted Local Aid and Chapter 70. We need to share our state’s success with cities and towns, and we also need to come clean with taxpayers who were asked to pay too much. State government can’t run a deficit, but we also shouldn’t run a profit.”

“As the next Governor ensuring that our schools and municipalities have the funds to provide the best possible services will be a priority. As the only candidate who has had to sign the front of the paycheck, I have the financial experience to manage the state budget and the departments to find the savings so we can maximize the funds for local aid. At this junction, tying it to the consensus revenue makes the most censes.”

“Maura is committed to ensuring that municipalities have the support they need to serve their communities. Most recently, she advocated for increased funding for local public health systems in the ARPA spending package. She also advocated for fully funding Chapter 70 and asked for federal funding to support our local schools. She will work to ensure that adequate resources for cities and towns, in and outside of local aid distributions, are available for our municipalities through grants and other appropriations,” a spokesperson said.

Trip to Boston from Connecticut using Tesla FSD in the rain…

West Springfield forms committee to look into benefits of…

Ben Roethlisberger: ‘This could be it,’ says quarterback as…