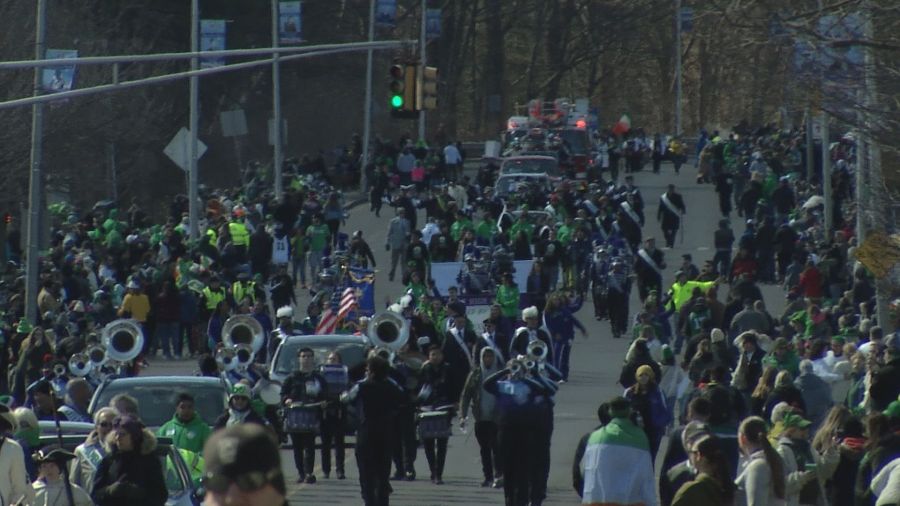 HOLYOKE, Mass. (WWLP) – Holyoke’s season of green is off to a great start as the community gathered for the first time in two years for the St Patrick’s Parade gala.

After the two year hiatus everyone is ready to kick things off right, and tonight we say how excited the community was to see one another and show off their Irish pride, with the saying ‘third times a charm.’

At the St Patrick’s Parade Parade Gala everyone was decked out in green and tartan plaid, the official marker of St. Patrick’s Day.

Before the big events like the road race and the grand parade in March, the parade committee held a Gala Saturday night to celebrate the return of the parade and honor award recipients from the past year.

“It’s really a coming together of us for the first time as a group and a parade committee in two years…it’s very meaningful we wanted to do something special to start our year off,” said Marc Joice President of Saint Patrick’s Day Parade Committee.

The community eager to get back on the parade trail, and bring back the long standing tradition in Holyoke for its 69th year.

“Road race is already over 3000 runners signed up and that’s where we expect it to be, when we come back together we’re going to do something special this is tonight,” said Marc Joice President of Saint Patrick’s Day Parade Committee.

22News spoke to some of the ladies in the Colleen Court, who were excited to be able to hit the parade trial this upcoming March.

“To be back to things as we would do them following Covid precautions masking as much as possible….and the parade hitting full force and just get ready back to normal and have fun at St. Patrick’s day as we would,” Colleen Court 22News.

This year will be a concert featuring a U2 cover band, along with more than 15,000 members on the parade trail.

You can watch the St. Patrick’s parade right on 22News on Sunday March 20th.

Opening Day game between Red Sox-Yankees rescheduled due to…

The Extinction Rebellion of Western Mass holds vigil for…

The Big E surpasses 1 million in attendance with two more…

Hurricane Henri a category one