Is it illegal to drive with snow on your roof? 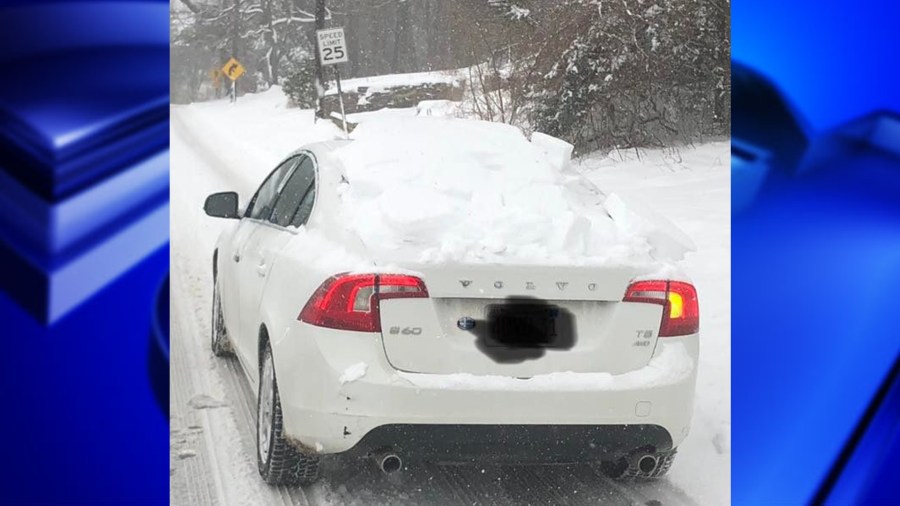 (WWLP) – Leaving snow on the windows or roof of your car isn’t only an inconvenience, it could lead to fines.

Snow-covered roads could create a messy commute but snow-covered cars can be just as dangerous. Any snow left on top of vehicles could fly off and cause accidents for others.

Massachusetts does not have a law, like some other states do, that requires you to remove snow from your car, the exception is the Mass Pike where you can be fined $100. You can however be fined $40 for impeded operation and you can be fined $200 for having an unsecured load.

In Massachusetts, officers can issue a $40 fine for impeded operation if a driver has obstructed windows and a $200 fine for driving with an unsecured load, which can include heavy sheets of snow or ice on a car’s roof.

Friday morning’s snowstorm has created a tough commute on the roads for many and has kept the tow trucks busy. If you’re on the road and you see any trucks conducting a tow, truck drivers ask that you move over whether it be on the highway or in your neighborhood.

The Move Over Law requires drivers approaching a stationary emergency, or maintenance vehicle to move into the next lane. Failure to do so could result in a $100 fine.

New CDC guidelines offer many Americans a break from masks

Mixed reaction to petition for Pittsfield Police body and…

Governor Baker delivers 8th and final State of the…

WE HAVE A CONFIRMED PS5 / XBOX SERIES X RESTOCK THIS WEEK…

No issues reported after written threat was found inside…