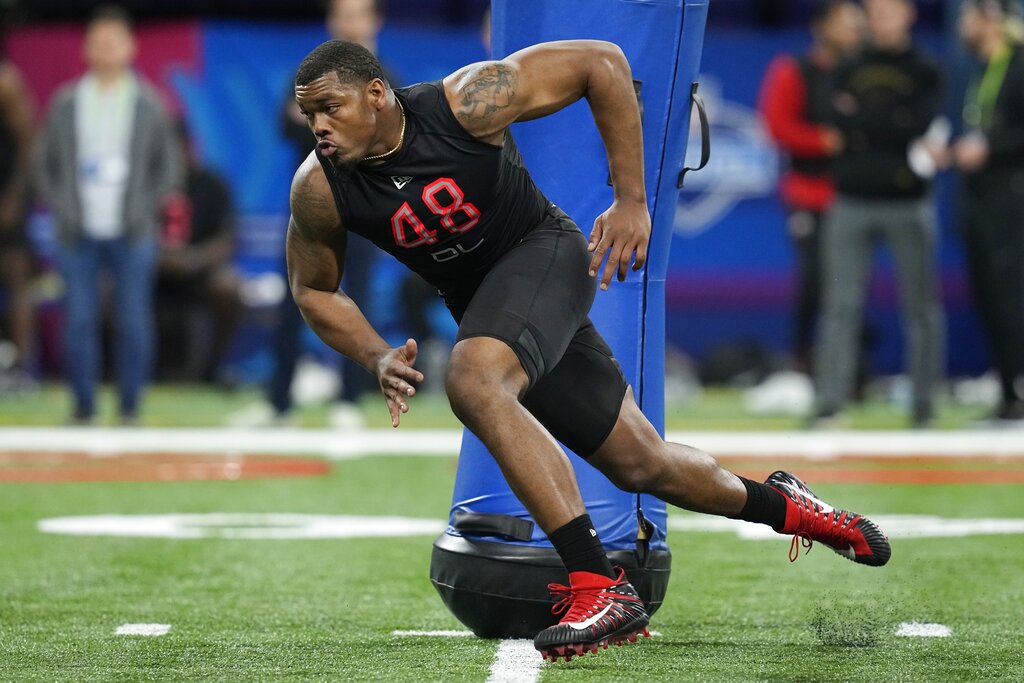 The Jaguars took the 6-foot-5, 272-pound “athletic freak” over Michigan star Aidan Hutchinson, who set a school record with 14 sacks in 2021 and finished second in Heisman Trophy voting.

General manager Trent Baalke had been leaning toward Walker for months and insisted new coach Doug Pederson was totally in agreement on selecting the former Bulldogs defender at No. 1. Critics argued that Hutchinson was the more polished product and pointed to Walker’s limited college numbers. He had 9½ sacks in three years in Athens, Georgia, including six during last season’s national championship run.

But Baalke and Pederson see a more versatile player in Walker, who logged snaps at defensive end, defensive tackle and outside linebacker in Georgia’s vaunted defense last fall. His highlights include more than sacks; he stops the run, tackles speedy receivers in the open field and tips passes that lead to interceptions.

“He’s an athletic freak,” Georgia defensive coordinator Will Muschamp told The Associated Press. “I swear to God he could line up at middle linebacker and go be fine. I would take him at No. 1 and not even blink.”

The Jaguars did just that.

Once a two-sport star with NBA dreams at Upson-Lee High School in Thomaston, Georgia, Walker eventually settled on football and quickly became one of the most sought-after recruits in talent-rich Georgia. He signed with the Bulldogs and played college ball a little more than 100 miles from his hometown.

He bided his time as a backup during his first two years at Georgia – he made the league’s Freshman All-SEC Team – and really started to blossom as a junior. He started all 15 games in 2021, finishing with 37 tackles, including 7½ for a loss, and two pass breakups.

Muschamp first met Walker when he was 10 years old and now considers him one of the best kids he’s ever coached.

The Jaguars believe quarterback Trevor Lawrence, the slam-dunk top choice a year ago, is on the verge of becoming a star and just needs more help around him.

Offensive tackles Ikem “Ickey” Ekwonu and Evan Neal were under consideration at No. 1 but improving the team’s pass rush proved to be a more pressing priority. The Jags still expect to use at least two of their 12 total selections to bolster Lawrence’s protection and potentially his receiving corps.

But for now, they have a defensive building block to pair with fellow pass rusher Josh Allen in hopes of immediately improving a defense that ranked 20th in the league in yards allowed in 2021, tied for 27th with 32 sacks and gave up nearly 27 points a game.

President Biden may have answers about student loans

Why does the US need a law to sell off oligarchs’ assets?

‘Dancing with the Stars’ pro Maksim Chmerkovskiy says he…