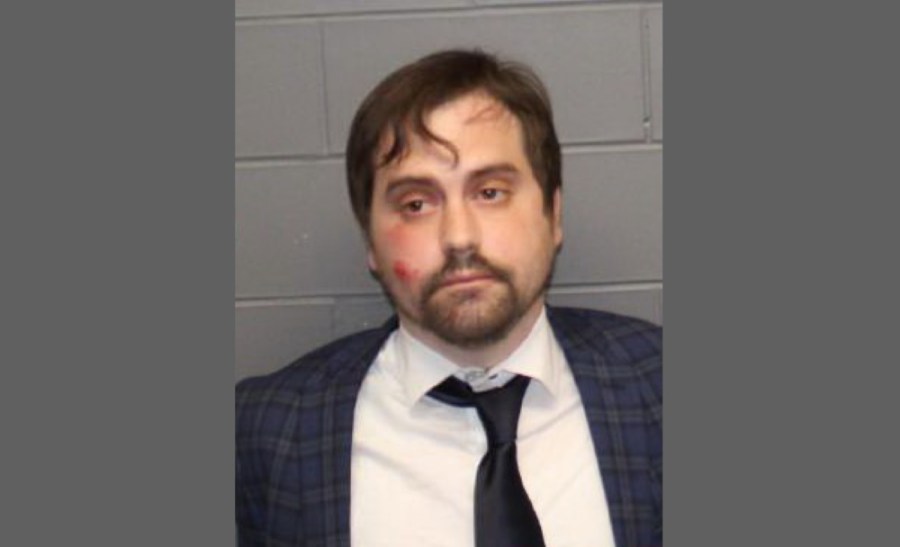 BOSTON (SHNS) – Two days after his arrest on drunken-driving charges, Rep. David LeBoeuf apologized for his “egregious lapse in judgment” and said he struggles with addiction.

The 32-year-old Worcester Democrat was arraigned Wednesday in Quincy District Court on charges of operating under the influence, negligent operation of a motor vehicle and marked lanes violation. Police said that when he was arrested Tuesday night, they found nine empty nips and two cans of wine in his car, which was missing its front right tire.

“I am thankful there were no injuries and recognize the pain I have caused my family, friends, and community,” LeBoeuf wrote in a statement posted to Twitter Thursday afternoon. “I am not making excuses and will work extensively to rebuild people’s trust.”

His three-tweet statement did not speak to whether he still planned to seek reelection this year or address calls for his resignation. He also did not discuss the circumstances leading up to his arrest, which occurred less than two hours after he voted on a budget amendment Tuesday night and the House wrapped up its work for the evening.

LeBoeuf said he is “committed to getting the treatment necessary so that I can be my best self again.” House Speaker Ron Mariano said Wednesday that he would support LeBoeuf “on his path to recovery.” “I ask that you respect my family’s privacy so I can work on my recovery and continue to provide services to my district,” LeBoeuf wrote. “I’ve tried to manage my sobriety on my own, and this is a desperate wake-up call that I need further support.”

Focus on Keynote – A Workshop

Even With All The EBAY Site Technical Issues, Remain Focus…