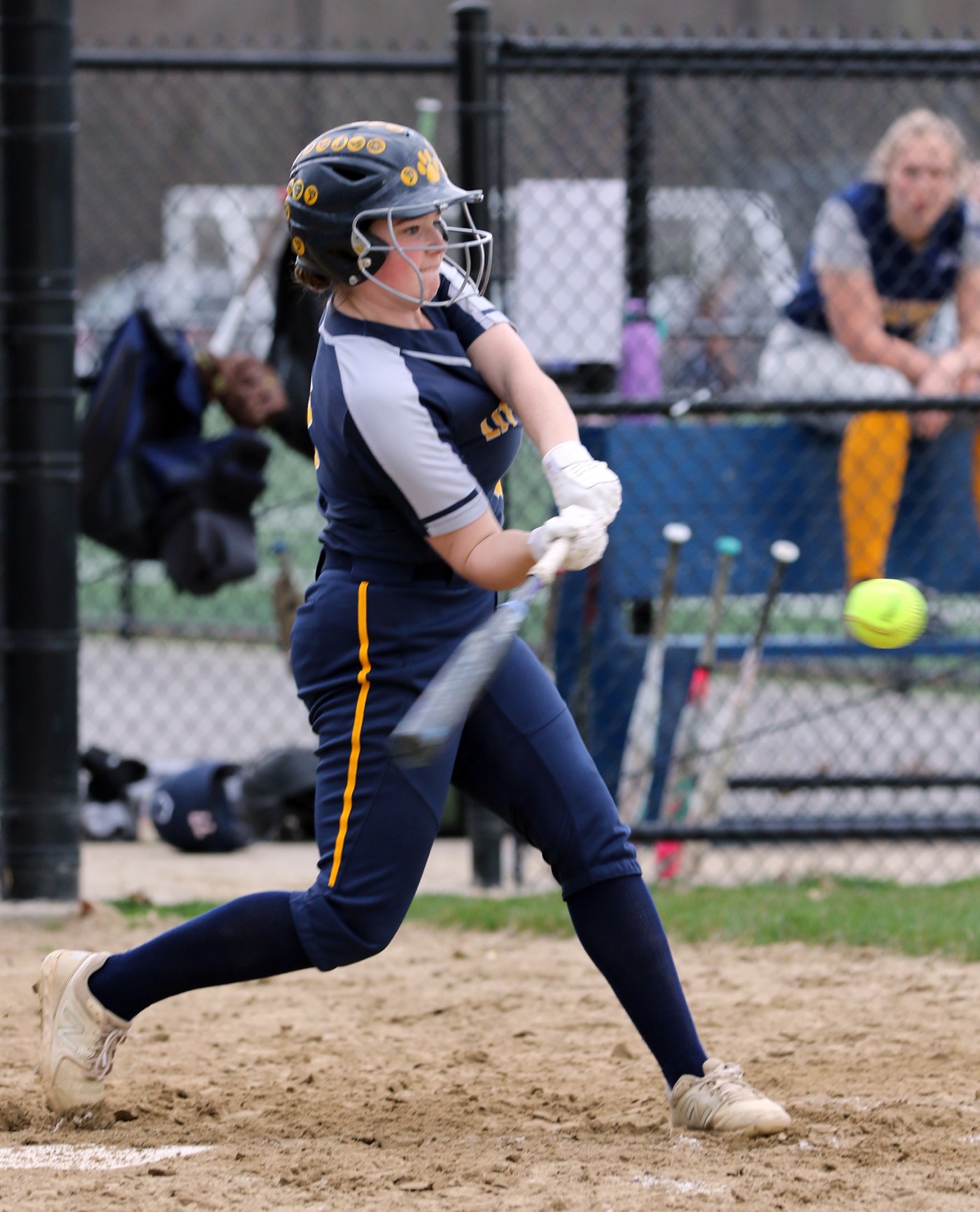 LITTLETON — When you’re the two-time league champions with two losses over the last two seasons and you have one of the best pitchers in the state and two other returning league all-stars, the expectations will be high.

On Wednesday afternoon, the Littleton High softball team kept its winning ways going, cruising to a 10-0 win over Quabbin Regional in a Mid-Wach crossover game.

Ricard tossed five shut out innings of one-hit ball with 13 strikeouts, while the aforementioned trio combined to go 6-for-8 with two doubles, five RBI and five runs scored.

Littleton scored three runs in the first and third innings, before combining to score four more in the fourth through sixth innings. Cochran had a RBI single to start the scoring in the bottom of the first and that was followed by consecutive sacrifice outs off the bats of Tule and Lindsey Barbella.

In the third, Tule delivered a two-run double over the left fielder’s head, and two batters latter, Maddie Holsambach put down a perfectly placed suicide squeeze bunt to score Cochran.

In the fourth, Katherine Anjoorian scored on a sacrifice fly by Ricard. In the fifth, pinch hitter Maya Ruel did the same to score Holsambach, before Alana Delollis sent an opposite field hit just inside the left field line for a RBI double, scoring Victoria McCoy, who earlier singled.

In the sixth, Barbella singled to left to score Cochran.

Ricard was nearly untouchable on the mound. She struck out the first seven batters she faced before giving up a infield single to No. 8 hitter Jordan Blanchard with one out in the top of the third. After that came six more Ks, as well as a fly ball to left field and a slow roller to the mound.

“It’s kind of mesmerizing when Kasey is so dominant. You’ve got to keep everyone alert because they don’t see many balls, so we have to work hard at practice, during warmups and in between innings and continue to get the repetitions,” said Abruzzese.

Have A Heart: March for Medical Freedom Boston Massachusetts…

Massachusetts is set to issue a mandate for masks in schools…