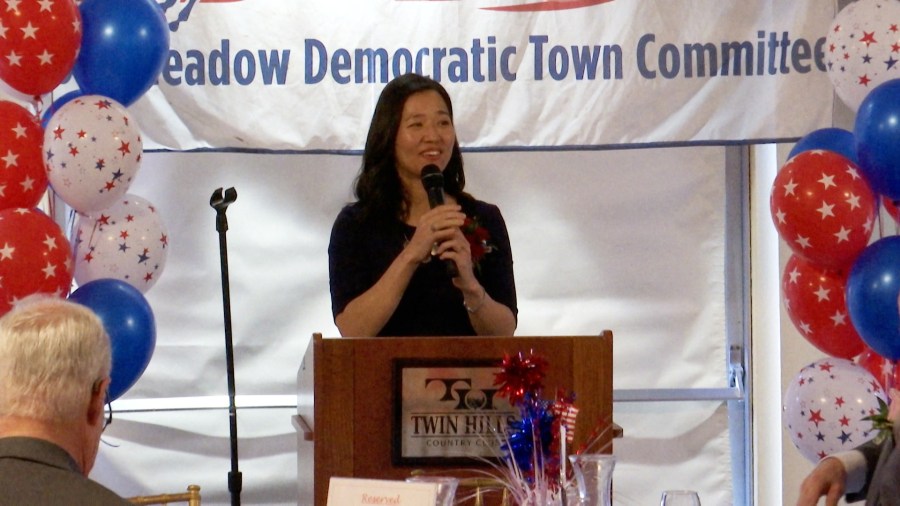 LONGMEADOW, Mass. (WWLP) – Sunday was a morning of celebration for the Longmeadow Democratic Town Committee after returning to an in-person breakfast, at the Twin Hills Country Club.

After the LDTC celebrated virtually the last two years. Over 100 guests, political candidates and elected officials are preparing for the upcoming season.

Lawrence Kubera, a member of the LDTC told 22News, “This is great. I’ll tell you the truth, being the two years in remission this is really nice.”

This year’s recipient of the committees’ “Democrat of the Year”, Mayor of Boston: Michelle Wu, who was elected into office in 2021.

“She keeps on breaking records,” said Michele Marantz, chair of the LDTC. “She is the first woman to be elected Mayor, the first person of color. To be a woman of color, makes it doubly significant. We’ve asked her to come here to give us some advice and also to function as a role model for other city and town leaders.”

22News spoke with Mayor Wu about her plans for the city of Boston and how that will impact other parts of the state, like western Massachusetts.

All across the Commonwealth and every single neighborhood of Boston, we want people to know that if you live here, if you’ve grown up here, if you are moving here, you can find an affordable place to live, a great job and get to where you need to go.

Mayor Wu says once communities across the state are able to join together with similar goals, the sooner the state will be able to prosper as one.

Moving into the Woods Alone

Distracted driving is deadliest in these states

WSPD: Southbound lane of Piper Road closed due to a water…

DeBrusk stays in Boston — perhaps for two more seasons, too…