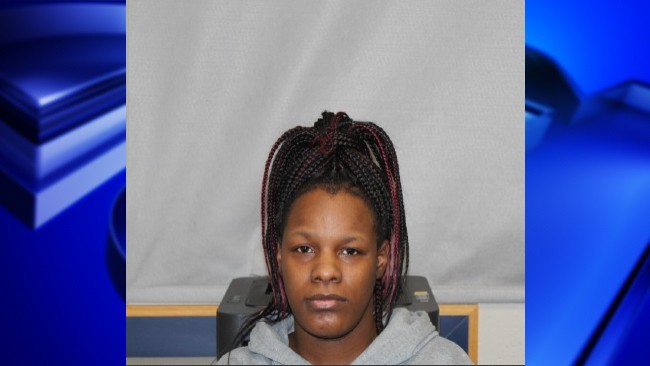 LUDLOW, Mass. (WWLP) – An off-duty Ludlow police officer was bitten severely by a woman after an arrest on Friday.

According to the news release sent to 22News by the Ludlow Police Department, at approximately 2:30 p.m. on Friday, an off-duty Ludlow Police Officer entered the Big Y Supermarket on Center Street in Ludlow and saw suspicious activities by an adult female inside the store. The off-duty officer went to tell the store manager of what he suspected to be shoplifting, but the female left the store with a carriage full of unpaid items.

The officer called Ludlow Central DIspatch asking for backup while he went to the parking lot and confronted the shoplifter. He then told the woman that he was a Ludlow Police Officer, where the suspect attempted to flee and was quickly detained by the officer. While trying to detain her, the suspect severely bit the officer on his forearm. After other officers arrived, the woman was arrested.

Natoya C. Hallums, age 34, of Springfield was charged with the following crimes:

The officer was treated at a local hospital for his injury and was released. He has returned to full duty.

It was later found that the items taken exceeded $600 and were mostly expensive seafood items.

Best post-Black Friday deals in case you missed out

HOW TO UNLOCK "EGYPTIAN HEAD" INGREDIENT FOR…

Desert Massachusetts and North East USA in continent of…

Earth Day ‘Vigil for Truth’ to be held on Friday in…