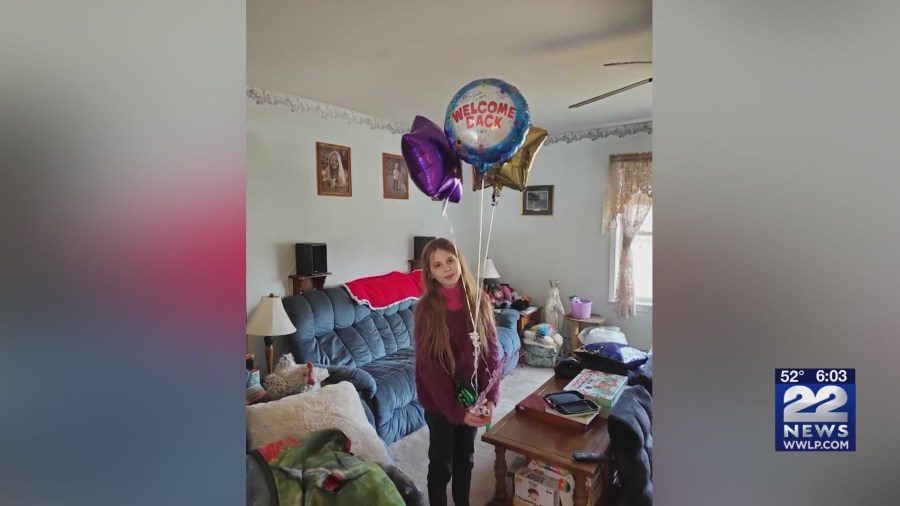 MILLERS FALLS, Mass. (WWLP) – A father from Millers Falls flew to Poland to bring his 10-year-old daughter from Ukraine back to western Massachusetts. 22News now learned that she and her father landed in Boston Sunday night.

22News met with them at UMass Amherst Monday. David Korpiewski and his daughter Mary are hitting the ground running, doing what it takes to get Mary settled and start her life here in western Massachusetts.

Mary and her father David arrived at Logan Airport Sunday, the final leg of a very long journey for Mary who escaped Ukraine just one week ago. Her mother Iryna was in Vienna when the invasion started and went into the war zone to get Mary out. Their train rode through a city as it was being bombed by Russian Forces. Her father said she was only really able to take a backpack.

David, who works at UMass Amherst reunited with Mary in Warsaw last Monday. He said the three spent the week together.

“Your body still tells you you’re stressed but you’re not actually stressed because the people you love are with you,” said David.

With Ukrainians not eligible for refugee status in the United States, Mary’s mother Iryna had to stay behind in Poland. The experience of Mary and Iryna is just one of over two million people in similar situations.

Now, Mary is having to move forward with her new life here, learning English and going to the grocery store but considering the first place she had to go in Poland was KFC, there are a few things she’s looking forward to.

David hopes to enroll his daughter in school in the coming weeks, either close to his work or home.

More than 1,000 have asked to be banned from casinos

‘This is genocide’: Zelenskyy calls on US, NATO to do more