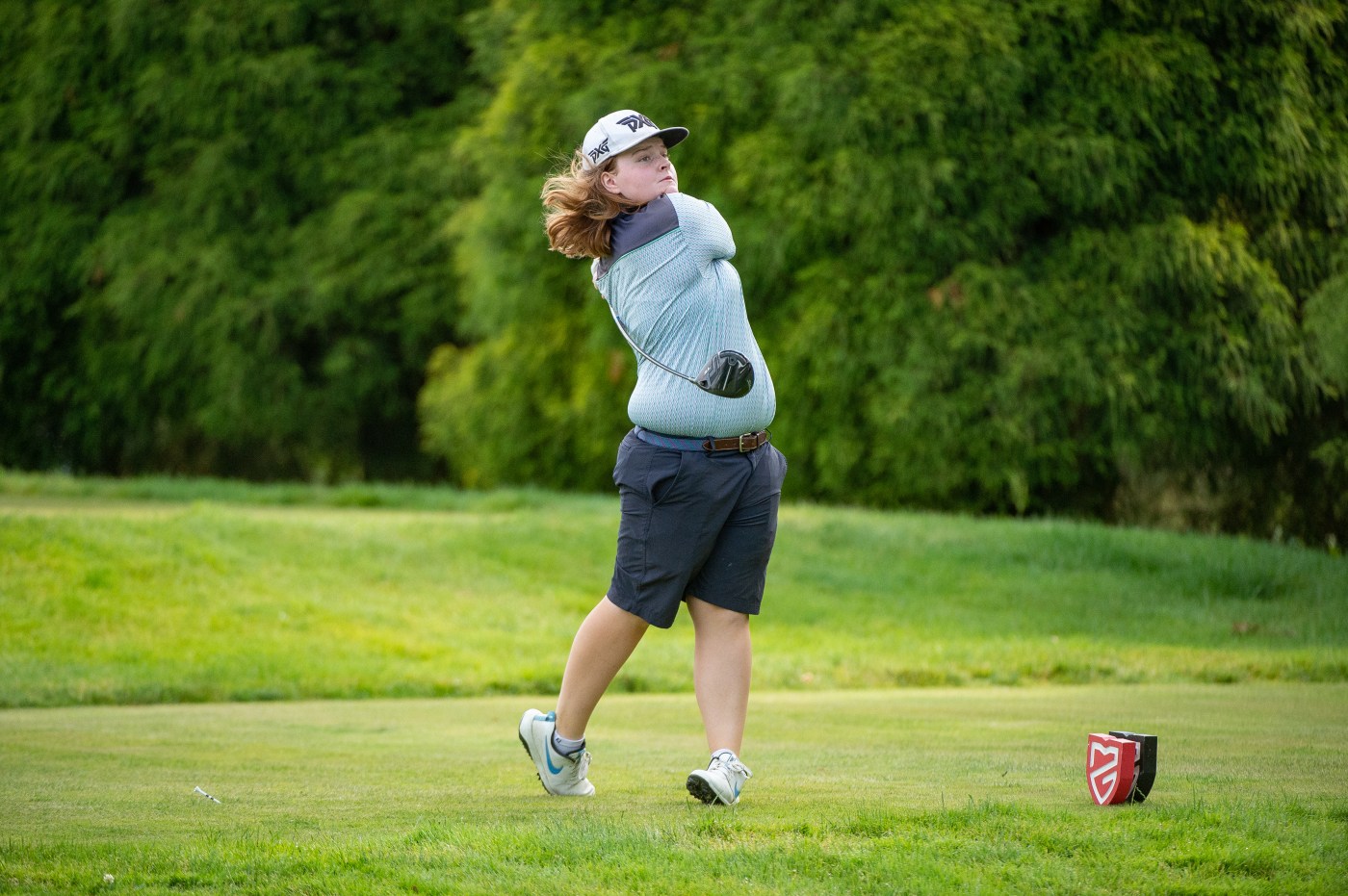 Whenever she approaches the green, Molly Smith’s sheer determination and drive inevitably takes over.

It’s those same unmistakable intangibles that has led her to become Mass Golf’s Girls Junior Player of the Year. The Westford resident tallied 971 points this season for the Vesper Country Club in Tyngsboro.
Smith took a big leap forward in 2021. The young phenom had already established herself as a long hitter off the tee, but this year she emerged as more of an all-around golfer and was rewarded with a bevy of accolades.

Smith, 16, who was the token Massachusetts representative in this year’s U.S. Women’s Amateur Championship, became the second-ever winner of the Mass Golf Girls’ Junior Player of the Year Award. The Westford native also finished third in the Anne Marie Tobin Women’s Player of the Year race.

“It was a goal I set for myself back in the spring, so it definitely feels really good to achieve it,” Smith said. “It kind of proves that all the hard work I put into golf is paying off and it shows improvement from years past.”

The Smith family is full of successful golfers, so it was only fitting that her season began by winning the Massachusetts Mixed Four-Ball Championship for the Stone Cup with her father, Phil Smith, at Twin Hills Country Club. As the year progressed, Molly and her sister Morgan Smith (2nd place in Girls’ POY standings) also qualified for the U.S. Girls’ Junior Amateur together for the first time.

Smith concluded June with a runner-up finish in the Massachusetts Women’s Stroke Play Championship for the Baker Trophy and a top-five finish in the New England Women’s Amateur (low junior) before really turning on the jets. On her way back from the US Girls’ Junior Amateur, Smith fired a 1-under 71 in New Jersey to qualify for the U.S. Women’s Amateur at Westchester Country Club.

“It’s such a privilege to be able to go to venues like Westchester Country Club and compete against the best players in the world,” Smith said. “It really opens your eyes to where your game stands currently and where your game needs to go to compete at that level. It was definitely a great learning experience and I hope to be back in future years.”

Smith carried that momentum back to the Bay State where she won the Ouimet Memorial Tournament by a commanding 10 strokes. In the second round at Charles River Country Club, Smith shot a 6-under 68 with a 31 on the back nine that began with a stretch of eagle-birdie-birdie.

“It was definitely a top-2 round of the year,” Smith said of the Ouimet Tournament. “Then at Woodland, I just played very solid all day.

After cruising into match play for the third straight year in the Massachusetts Women’s Amateur, Smith made an incredible run that included wins over senior standout Pamela Kuong and Boston University junior Alice Fan. She then scored her biggest victory by knocking off No. 1 seed Rebecca Skoler, as Smith aced the par-3 10th enroute to a 2-up victory. Though Smith’s run ended at the hands of Shannon Johnson in the semifinals, it still was a great run for the young standout who oozes potential moving forward.

“The one person who really helped me progress this year is my dad, Phil,” Smith said. “He knows a lot about golf and for the most part knows how I can improve my golf game. He is willing to bring a bag chair to the range and watch me hit balls for hours and help me to grow my arsenal of shots that I can hit. He also caddied for me in a lot of events over the summer.”

According to Smith, her competitors have also helped her progress as well.

“I am not satisfied with going to events and just playing and not having a chance to win,” she said. “So that kind of motivates me to keep improving so I can give myself more opportunities to win tournaments.”

Judging by her most recent success on the links, the winning is just beginning.

Mostly cloudy with the chance for showers tonight. A spot…

A milder Thanksgiving, but winter feel arrives for the rest…

Why you should purchase your Christmas tree ASAP

Girl Scout cookie selling season begins with a rally at the…