NYC subway shooting: What we know about the suspect, victims 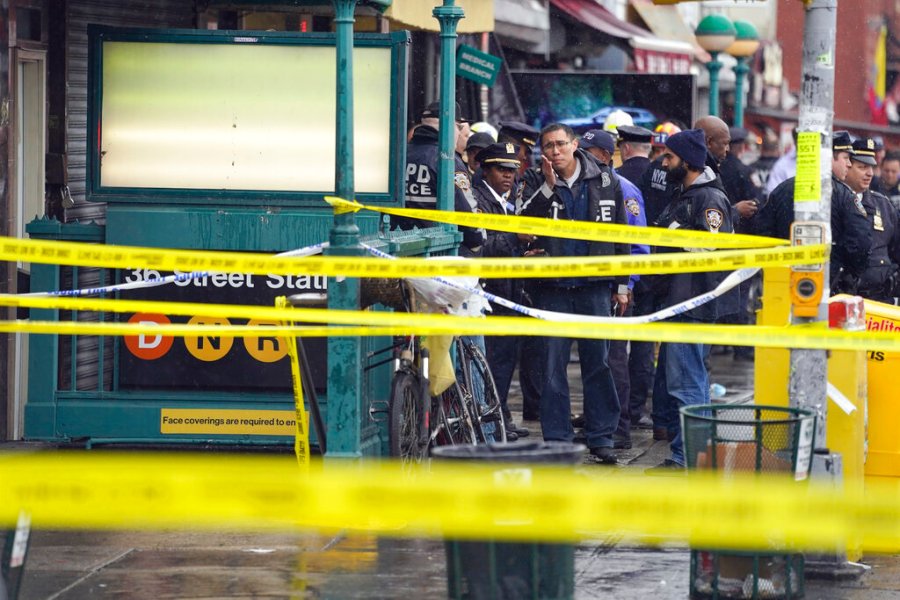 NEW YORK CITY (NEXSTAR) – Several people were shot on Tuesday morning at a subway station in Brooklyn, where officials said they also found multiple undetonated devices, according to police and fire officials in New York City.

The FDNY first got reports of smoke coming from the 36th Street subway station at 36th St. and 4th Ave. in the Brooklyn neighborhood of Sunset Park at around 8:30 a.m. First responders arrived to find five people had been shot, but a representative who spoke with Nexstar’s WPIX said the number of shooting victims was likely higher.

The FDNY also confirmed to Nexstar that “several undetonated devices” were found at the station. The NYPD later said on Twitter that none of the devices were active.

A total of at least 13 people had suffered injuries and were being treated at local hospitals — NYU Langone and Methodist — in connection with the incident, the FDNY told Nexstar. It was not immediately clear what injuries the victims had sustained. A spokesperson for the public information department of the NYPD could not confirm the actual number of victims on Tuesday morning, telling Nexstar it “keeps changing” as new information becomes available.

Law enforcement sources briefed on the investigation say a possible suspect — wearing a construction vest and a gas mask — had fled the scene, according to officials.

The NYPD is expected to hold a press conference on the incident sometime on Tuesday.

Footage believed to be taken at the 36th Subway Station appeared to show panicked NYC commuters rushing to exit a train on Tuesday morning. In one video, which began circulating on social media shortly after the attack, passengers flee train cars that appeared to be filling with smoke or gas.

One person looked to be hobbling from the train on an injured foot, the video shows. The rider then layed down on the subway platform.

An MTA employee over the loudspeaker could also be heard instructing passengers to quickly board a different train, located across the platform.

NYC’s Department of Emergency Management warned the public to expect delays, disruptions and cancellations due to the investigation, especially on and D, N or R trains in either direction. Commuters are being told to avoid the area, which continues to be an active crime scene.

The mayor’s office is asking New Yorkers to avoid the station and the surrounding area during the city’s investigation.

“While we gather more information, we ask New Yorkers to stay away from this area for their safety and so that first responders can help those in need and investigate,” the mayor’s press secretary tweeted.

Biden intends to run for reelection in 2024, Psaki says

How to stop porch pirates from taking packages