Patriots linebacker targets to watch in the 1st and 2nd round 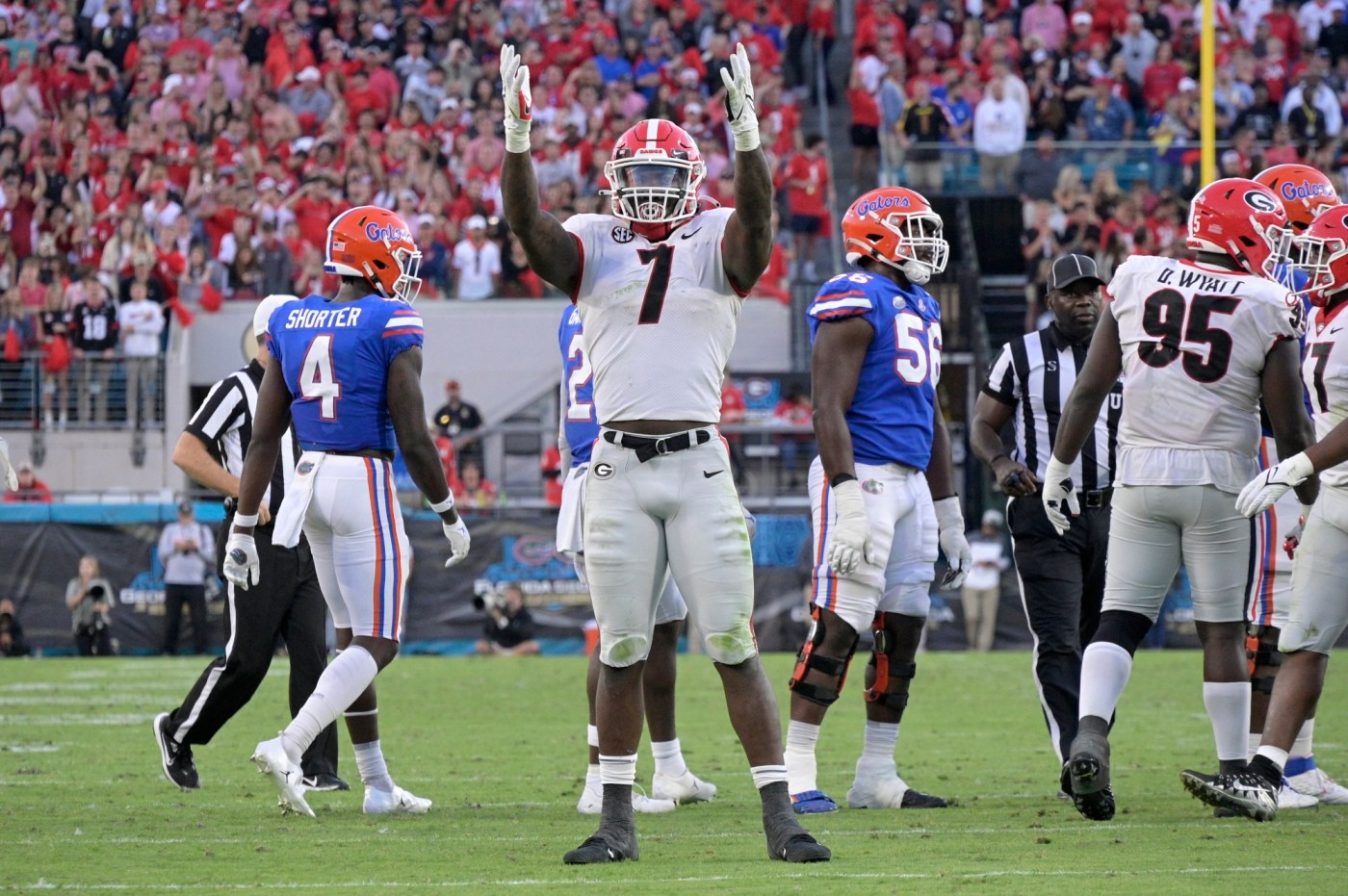 Two years ago, the Patriots picked a couple linebackers on Day 2 of the draft.

It was believed that Michigan’s Josh Uche, whom they traded up to grab, and Alabama product Anfernee Jennings could become the new faces of a storied position group. As prospects, they had been billed as prototypical Patriots, versatile players who might one day replace an aging defensive core.

Two years later, that core still needs replacing. Inside linebackers Dont’a Hightower and Ja’Whaun Bentley are free agents. The lack of speed among the Patriots linebackers, including part-time inside ‘backer Kyle Van Noy and backup Jahlani Tavai, was exposed during a late-season skid that culminated in a historic Wild Card blowout.

It’s time to return to the draft.

In late April, the Pats may again select two linebackers, perhaps even on Day 2. There are two do-it-all SEC prospects with overlapping system experience and a small-school standout. In the first round, another pair of linebackers will make all the headlines.

Here are the names to know:

Lloyd is perhaps the most commonly projected player for the Patriots at No. 21 overall, and that may not change over the next two months.

He’s a complete player who played inside and outside linebacker for the Utes. Lloyd plays well in space — especially at 6-foot-3 — blitzes with ferocity, sheds blockers with his plus length and brings the hammer in the run game. His production in this class is unmatched.

Over 14 games last season, he totaled 110 tackles, including 22 tackles for a loss, eight sacks, four interceptions, and six more pass breakups. Lloyd would likely be limited to an inside linebacker role in New England, and he could thrive.

The only knock on Dean is he’s undersized. It’s a significant knock, but that’s it.

Otherwise, the 6-foot, 220-pounder is a firecracker at the second level, tracking down ball carriers and strapping himself to running backs in coverage. Dean’s range and play recognition are his best traits. He was named the best linebacker in all of college football last year.

Dean’s frequently been compared to three-time Pro Bowler Jonathan Vilma, a player Bill Belichick loved coming out of the 2004 draft.

Standing at 6-foot-4 and 240 pounds, there are zero questions about Walker’s size from a Patriots perspective.

He’s physical and fast enough. He arrives with a supersized violence when he meets blockers or ball carriers. Walker also rushed off the edge at Georgia, though he’d need to play with better discipline to earn outside reps in New England.

Overall, the traits are there to warrant a Day 2 pick, and it’s easy to see why the Pats could easily get excited about this toolsy, ascending linebacker.

Two inches shorter and 10 pounds lighter than Walker, Harris should still clear the Pats’ physical benchmarks, especially considering their recent draft history. If he lands in New England, he’d likely be confined to an inside role. There, his speed and aggression would flash on every assignment: dropping into zone coverage, plugging gaps and blitzing.

Harris would make an ideal Day 2 pick and rotational player as a rookie, who should develop into a starter down the line.

Five picks after the Patriots drafted Uche in 2020, the Bengals selected a high-energy middle linebacker from Wyoming. That linebacker, Logan Wilson, posted 100 tackles, four interceptions, one sack and a forced fumble last season as he led Cincinnati’s defense to the Super Bowl. Will the Pats pass on his successor?

Muma, who somehow looks lanky at 6-foot-3 and 242 pounds, is a tackling machine much like Wilson. His pursuit and play recognition stand out on every game tape. While he produced a high-variance senior season comprised of outstanding and disappointing performances, his issues are mostly fixable with proper coaching.

Winter storm blankets parts of the South with snow and ice

A Powerful Winter Storm Is In The Making ~ Very Heavy Snow…

This Is Why We TRASH PICK Millionaires Homes!

‘Honor the people who helped you’: Fans upset after Brady…

What to know about COVID's Lambda variant

How thick does ice need to be to skate on

FBI: Alabama man used app to hire someone to carry out ‘most…