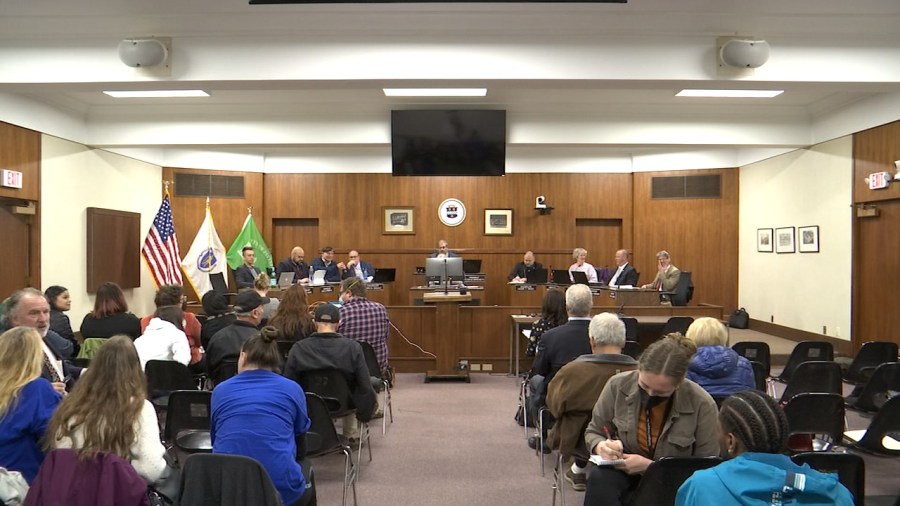 PITTSFIELD, Mass. (NEWS10) — Just over a month after the fatal officer-involved shooting of Miguel Estrella, the Pittsfield City Council is taking up petitions on body cameras. Two petitions calling for officers to be equipped with the cameras have been referred to a subcommittee.

The open microphone portion of Tuesday’s meeting began with the first speaker calling for a moment of silence for Miguel Estrella. What followed was many, including Estrella’s siblings, calling for change.

“What are you, as city council members, going to do to ensure us that a death sentence will not be an outcome of a 9-1-1 call?” Miguel’s sister, Elina, asked the council during the meeting.

Tuesday’s City Council meeting comes a month and a day since Miguel Estrella was fatally shot by an unnamed Pittsfield officer. Pittsfield Police say the 22-year-old advanced towards officers with a weapon before being shot.

The shooting has prompted calls to equip officers with body cameras, something that was discussed by several speakers.

“Had there been body camera footage from the police officer, it would have been an invaluable tool in determining what actually happened,” said Rinaldo Del Gallo, a local attorney who started the petition. Del Gallo acknowledges body cams aren’t a “panacea” in these cases, but can help find truth.

Del Gallo’s petition, which was signed by over 100 people at a rally for Estrella earlier this month, is one of two petitions pertaining to body cameras that have been taken up by the council.

This isn’t the first instance of a body camera petition being brought forward, but it is, according to Marchetti, the first time it’s being referred to the council’s ordinances and rules committee rather than the police department.

“Now it’s back, I thought a different avenue of sending it to our ordinance and rules to start a conversation was the best place for it,” he explained.

However, one thing those looking for change want to see is a different approach to how mental health calls are handled, especially as Estrella had a history of mental illness.

“Absolutely. Would’ve saved his life,” Miguel’s brother and sister said when asked if they thought a mental health professional being present would have made a difference the night of his death.


Marching for Miguel, demonstrators take to the streets of Pittsfield

The officer-involved shooting is still under investigation by the Berkshire District Attorney’s Office.

Earlier this month, District Attorney Andrea Harrington vowed her office’s commitment to completing the investigation as quickly and thoroughly as possible.

After being discussed in the subcommittee, the petitions calling for body cameras could be drafted into legislation and eventually brought forward to the council in the future.

Local Bruins fans get the shirt off their backs – Lowell Sun

‘Dreadful mess’: Putin may double down on attacks amid…

Snow may turn to ice, as slick roads continue causing…

How $9 billion from federal Infrastructure Bill could…