Prepare for Pats to trade down – Lowell Sun 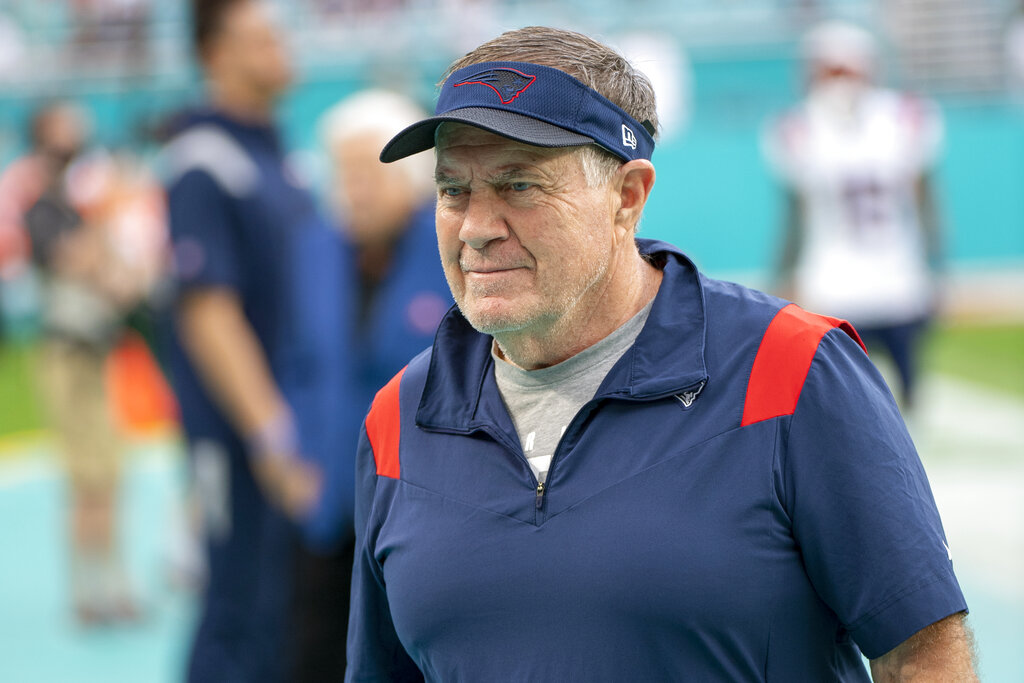 With the 21st pick in the 2022 NFL Draft, the New England Patriots select …

It’s a moment Patriots fans have been counting down for months. A first-round draft pick always offers hope to franchises, even if many of them will become busts as professionals.

Patriots fans will have to wait to nearly 11 p.m. to learn who the Patriots will select with the No 21 overall pick.

Hey, Patriots fans, here’s my advice: Go to bed early. Get a good night’s sleep. There’s no reason to stay up. The Patriots won’t be selecting 21st. In fact, they won’t be making a first-round pick because head coach/general manager/czar Bill Belichick is going to trade that pick.

The Patriots won’t make their first selection until the second round on Friday. Belichick loves Nantucket. He loves drafting players from Rutgers. He loves messing with reporters. And he loves making trades during the draft.

Since Belichick took over in Foxboro in 2000, the Patriots have made 84 trades, far and away the most in the NFL. Consider that the next busiest team, Philadelphia, has made 64 trades in that span.

Patriots fans are going to wake up Thursday morning all excited for the first day of the three-day draft.

All three might be gone by the time the Patriots make their selection. In the end, though, it won’t matter. Belichick isn’t going to stay at 21. He’ll call around and pounce when a team offers a second-round pick and another draft pick for the right to move up.

According to the so-called experts, the value of this draft is in rounds two and three. That’s music to Belichick’s ears. Sometimes trading down pays off. But there’s something to be said for drafting in the first round.

The Patriots are at a crossroads. They aren’t terrible, they made the playoffs last season, and they seem to have a young quarterback they can build around. But if the 2022 season started right now, they might be the 10th best team in the AFC.

The path to winning the AFC has gotten ridiculously difficult in the last couple of months. In the AFC East, the Bills are clear favorites to win the division again. The Dolphins have added Tyreek Hill and appear to be the second best team in the division.

The Patriots must get younger and faster. A lot faster. They’re slow at wide receiver, at linebacker and in the secondary. How does a team get younger and more athletic? That’s simple. Through the draft.

But there is plenty more to do.

There’s few positions that don’t require an upgrade. The offensive line, long a strength, has more holes than the Titanic. The wide receiver group lacks a true No. 1, someone that can stretch the field.

The linebacker group is unproven and too slow. New England’s solid at safety, but the cornerbacks are a major concern.

If I was running the show in Foxboro, I would target a three-down linebacker who can run. The days of having a pair of 260-pound thumpers who struggle in coverage are over. Lloyd fits the bill. He checks plenty of boxes, but he likely won’t be on the board when pick No. 21 comes along.

That draft guide you plunked down $7.99 for? No need to throw it out, but ignore the bios on the top 30 prospects. Those are for other fan bases to pore over. Spend your time reading about prospects further down the food chain. Belichick has made 83 trades during the draft. He will make his 84th Thursday night.

Seeing Lloyd, McDuffie or Williams in a Patriots uniform would seem to be a dream scenario for Patriots fans.

But if fans think Belichick is not going to trade out of the first round Thursday, well, they’re dreaming.

In 2004, the Patriots had the 21st pick. They took defensive tackle Vince Wilfork. That worked out pretty damn well.

Belichick, though, continues to think he’s the smartest guy in the room, which means he’ll bet on himself to select players much further down the draft board than the 21st pick. In 2012, Belichick selected safety Tavon Wilson, a player slated to go in the fourth or fifth round, in the second round. That didn’t work out very well.

No plans on Thursday night? Feel free to tune into ESPN at 8 p.m. There’ll be second-guessing from Mel Kiper Jr. There’ll be plenty of not-so-insightful interviews with athletes. There’ll be intrigue.

What there won’t be is a college football star putting a Patriots jersey over his head about 10:50 p.m. Thursday, while Goodell looks on awkwardly.

Suspect arrested for burning an apartment on Cabot Street in Holyoke

Heavy rain expected to cause flash flooding in western…

Spirit of Springfield to announce Honorary Chair of 2021…

Traffic stop leads to two arrested for trafficking heroin in…

A touch warmer today, but with a noticeable breeze; a chance…

No. 3 Georgia defeats No. 1 Alabama to win first college…