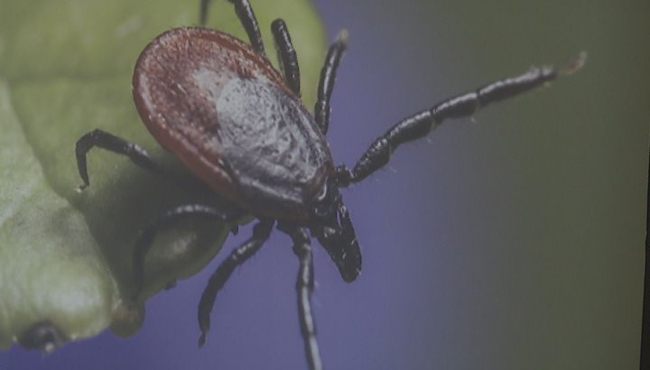 HARTFORD, Conn. (WWLP) – The tickborne virus called Powassan Virus has been found for the first time this year in Connecticut.

A local expert said it’s incredibly rare to get but it can still be serious. Paul Killinger is the President of MeZu Inc, which offers tick testing. He said Powassan usually shows up with deer ticks, particularly on the Cape.


Lone Star Ticks that can cause meat allergy found in Northeast

Less than one percent of ticks carry it there and Killinger said it’s unlikely it will arrive here in western Massachusetts, even in the next few years.

Symptoms include brain fog, headaches or migraines but Killinger said the state’s Department of Public Health found that about 75 percent of people who were exposed, their immune systems were able to fight it off.

“Lyme disease, Babesia, Anaplasma: There you have a one in two chance to being exposed to one of those from a deer tick. Powassan, maybe one in a thousand,” said Killinger.

The good news is that there are steps you can take to protect yourself from being exposed including checking yourself, pets and children for ticks when you get back from your hike. Wearing deet and tucking your clothes in, like pulling your socks over your pants, also help.

Must Try Before You Die!! USA's TOP 50 INSANE Fair…