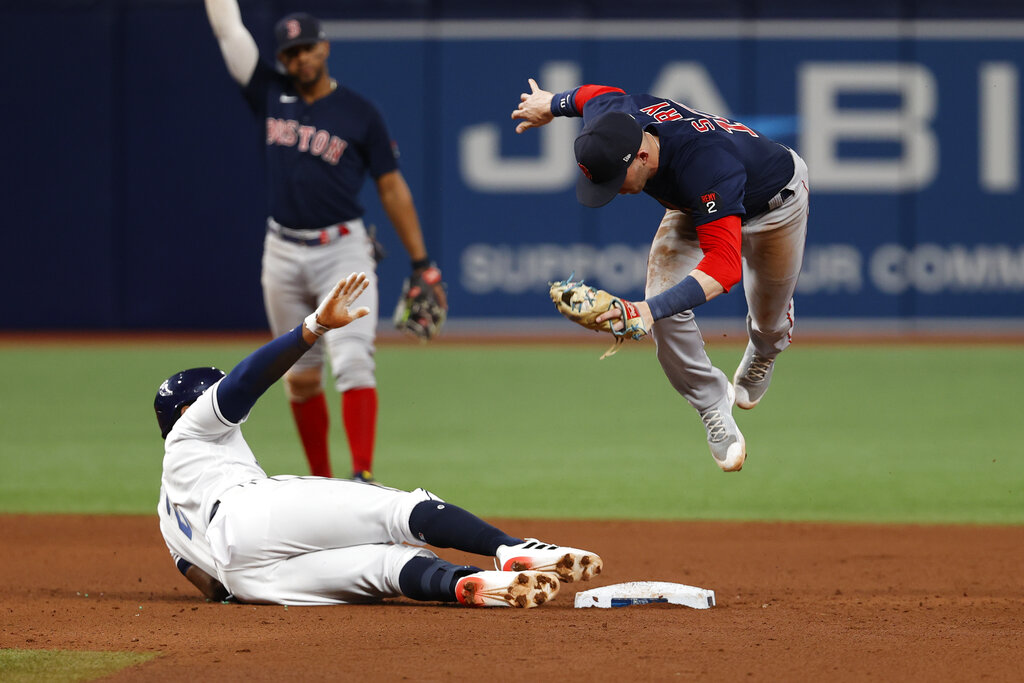 ST. PETERSBURG, Fla. — Kevin Kiermaier capped Tampa Bay’s three-run 10th inning with a game-ending homer, and the Rays beat the Boston Red Sox 3-2 on Saturday night after losing their bid for a combined no-hitter in the top half of the final frame.

Major League Baseball rules say it doesn’t count as a no-hitter until the game ends and a team finishes with no hits.

Hansel Robles (1-1) then came in for Boston and struck out the first two Tampa Bay batters in the bottom half. But automatic runner Randy Arozarena advanced on a balk and scored when Taylor Walls reached on a throwing error by second baseman Trevor Story.

After Walls swiped second, Kiermaier drove Robles’ 3-1 pitch deep to right for his first homer of the season.

Ludlow Police and Fire respond to car accident on Chapin…

More than 1,000 have asked to be banned from casinos

First US case of omicron variant detected in California,…

Ahead of the pack – Lowell Sun

Astros scramble after pitchers pounded for 25 runs by Boston…

Ex Novo Brewing Co. Where The Mild Things Are –…

7.5 Million Americans are About To Get a PAYCUT

Why Phenology Is Important

Two Springfield men out on bail after allegedly pointing…