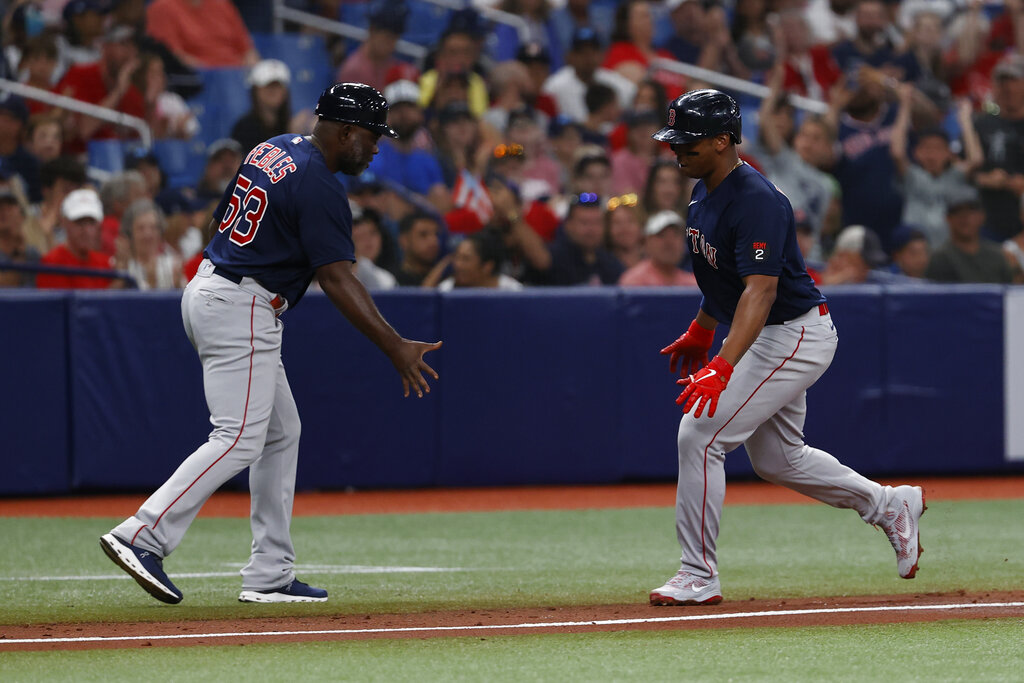 Michael Wacha (1-0) gave up two runs on three hits, including Franco’s two homers, in five innings to get his first win for Boston.

Matt Barnes got Franco on a groundball for his first save after Jake Diekman walked the bases loaded with two outs in the ninth.

Franco’s homer made it 2-1 in the bottom of the first. Rafael Devers led off the third inning with his third homer of the season for Boston. Bogaerts followed with a double and scored on Hernandez’s single to make it 4-1.

Franco homered leading off the fifth, and shortstop Bogaerts’ second error of the game helped the Rays score another run in the seventh.

It was the second straight three-hit game for Bogaerts, who is hitting .385.

Red Sox: J.D. Martinez was out of the lineup for a second straight game after leaving Wednesday’s game in the third inning with left adductor tightness. … Manager Alex Cora is not with the team after testing positive for COVID-19 on Thursday.

Rays: C Francisco Mejía tested positive and was placed on the COVID-19 injured list. … RHP Chris Mazza was placed on the 10-day IL with back spasms. … C René Pinto and LHP Colin Poche were recalled from Triple-A Durham.

Red Sox RHP Garrett Whitlock (1-0, 0.93 ERA), who has made 50 relief appearances for Boston over the last two seasons and earned a save on Tuesday, will get his first major league start Saturday night. The Rays will go with an opener.

In case you want a wee bit more thunderstorm before…